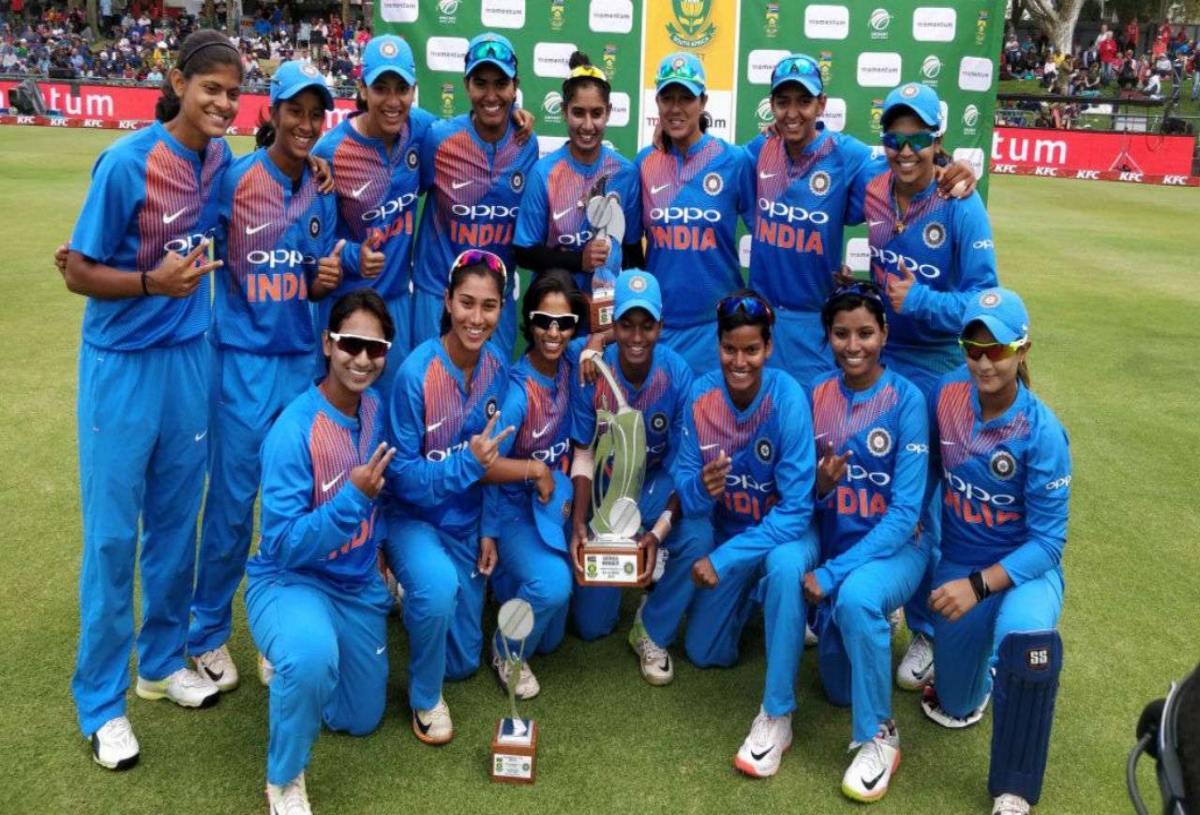 For years, international cricket has been dominated by male cricketers. Over time, women have taken on and excelled in every field, and cricket has been no exception to that. We are proudly represented by our “Women In Blue”, the Indian women’s national cricket team. Indian female cricket players have been around since the 1970s, but it was not as streamlined and organised for women cricketers in India as it is now.

The International Cricket Council started taking initiatives to develop the sport for women further. The Women’s Cricket Association of India was merged with the Board of Control for Cricket in India in the early 2000s. Women cricketers have come a long way, and their path has been paved with struggle, hard work, determination and having to prove themselves time and time again. Female cricket players in In India have grown from strength to strength during the last few years. Let us take a look at a few of the best women cricketers in India.

Mithali Raj is not only one of the best female cricket players in India but has also been instrumental in developing women’s cricket. She is currently the Test and ODI captain of the women’s national cricket team. She is primarily a batter, but she occasionally bowls as well.

Mithali Raj is the highest scorer in women’s international cricket, and in women’s ODI matches, she is the first female cricketer to cross the 6,000-run mark. She led the Indian team to the finals of the 2005 Women’s Cricket World Cup. In 2019, she retired from the T20I Cricket. And now she is prepping herself and the team to bring the 2021 World Cup home!

Smriti Mandhana is an accomplished batter and is number 4 in the ICC ODI rankings. She is one of the most promising women cricketers in India and the opener for the team. She made her Test debut in 2014 was instrumental in helping her team be victorious.

She is known for her solid shots and helping her team build momentum. In 2019, she was named the Indian Women’s T20I squad captain for a few matches against England, making her one of the youngest T20I captains in its history.

Harmanpreet Kaur is an all-rounder for the Indian Women’s cricket team. She is one of the finest women cricketers in India, and she has had an awe-inspiring career. She holds a record for being the first cricketer, from either gender, to play in 100 international T20 matches. She is also the first Indian cricketer to be signed by an International T20 franchise, Sydney Thunder. She was chosen as the captain of the Indian team, which represented the country at the 2020 ICC Women’s T20 World Cup in Australia.

Goswami was also part of the squad of women cricketers in India who reached the final of the 2017 Women’s cricket World Cup. She is one of the leading wicket-taker in the team. She is the second Indian women cricketer to receive the Padma Shri.

Poonam Yadav plays for the national women’s cricket team and is one of the leading names among India’s women cricketers. She is a leg-spin bowler and was the only front-line bowler in every T20 match in India in 2018. She was also part of the 2017 Women’s Cricket World Cup team and the 2020 ICC Women’s T20 World Cup. She can wreak havoc with her bowling skills and is one of the women cricketers to watch out for, especially in the coming days.

Shafali Vema is a batter and plays for the India women’s national cricket team. In 2019, when she was only 15, she became the youngest player to play in a Women’s T20 international match for the team. At such a young age, she has already accomplished a lot and is considered one of India’s best women cricketers.

She was part of the team that represented India in the 2020 ICC Women’s T20 World Cup in Australia. She is placed on the top of the list of batters for women’s T20I cricket. At just 17, she is the bright and shining future bearing the torch for all the future Indian women cricket players.

Women’s cricket and women cricketers in India deserves all our attention and support. Our country is filled with talented young women who — if given the opportunity — would make excellent cricket players and further the development and growth of women’s cricket.  Support our lovely women in blue, show your support by actually going to a match. Head to Digibank travel now and avail of fantastic offers and discounts and travel to the next game!