Do More » Meet Your Favourite Professional Chefs From Around The World 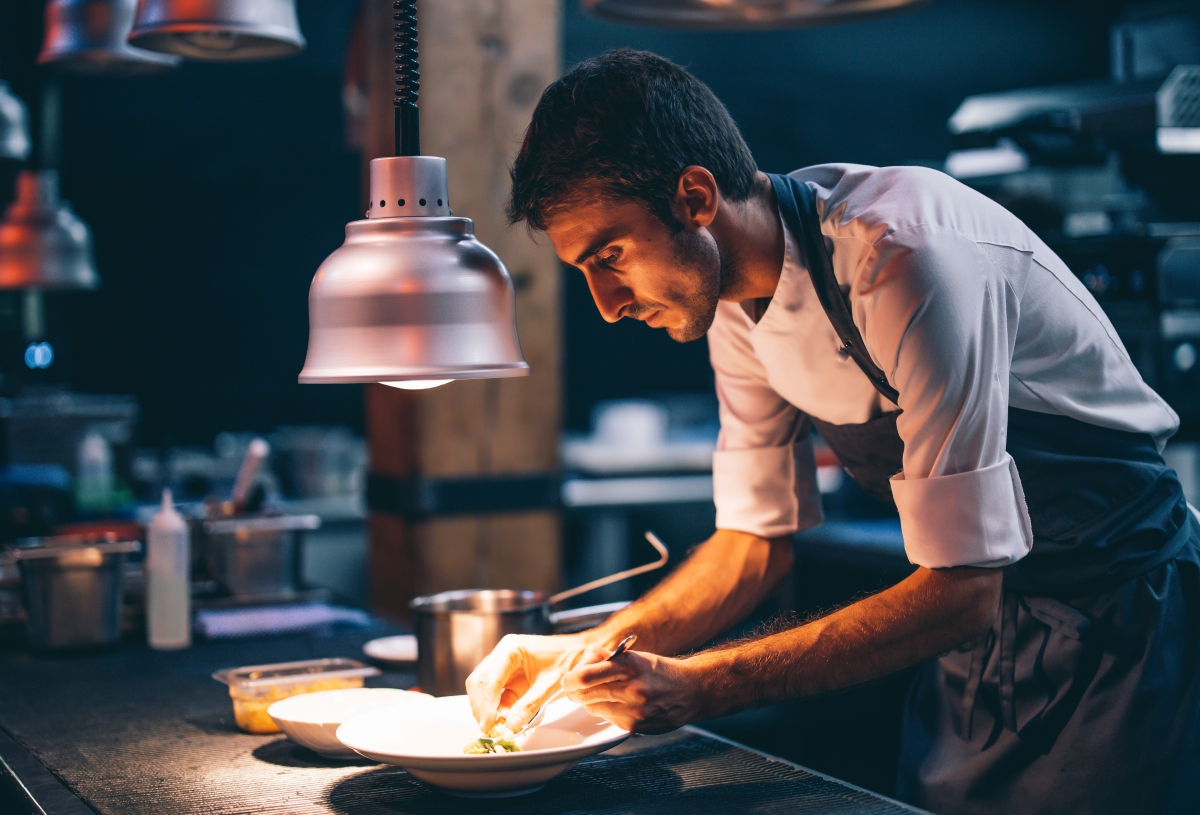 Meet Your Favourite Professional Chefs From Around The World

If food is an art, chefs are the artists. They have the power to hypnotize the world with their im-pressive skills. The chefs have earned their status by creating food that amazes their customers. Today, we’ll look at chefs from around the world who are responsible for inspiring many to acquire rich taste in cooking, pursue careers as chefs or even dominate the culinary world just like them. There’s something special about each chef which is immensely inspiring. Explore it with us as we list down some famous chefs from around the world. 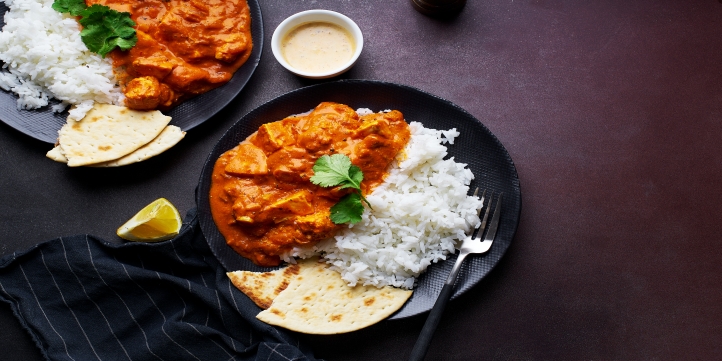 Indian Michelin star Chef, cookbook writer, restaurateur, filmmaker, Vikas Khanna was born on 14 November 1971 in Amritsar. He started his culinary journey from his grandmother’s kitchen as a young boy. Kandhari Paneer is his signature dish for which he received his first Michelin award. He has invested many years in perfecting this dish. Chai-infused Emperor’s Green Rice and Chicken Cafreal are other popular dishes by one of the most celebrated chefs of India.

When Khanna was only 17 years old, he opened his first venture – Lawrence Gardens Banquets. In 2009, he started “Junoon” restaurant in Manhattan which earned him a Michelin star back-to-back in 2012, 2013 and 2014. Khanna has also had the opportunity to prepare two meals for former US President Barack Obama. First was a satvik meal and the other was a Himalayan cuisine. Khanna’s popularity had no limits as he hosted various editions of the most-watched MasterChef India show. Other TV shows like – Kitchen Nightmares, Hell’s Kitchen, the Martha Stewart Show and MasterChef Australia were also graced with his presence. Khanna didn’t stop here. He also wrote around 19 cookbooks. 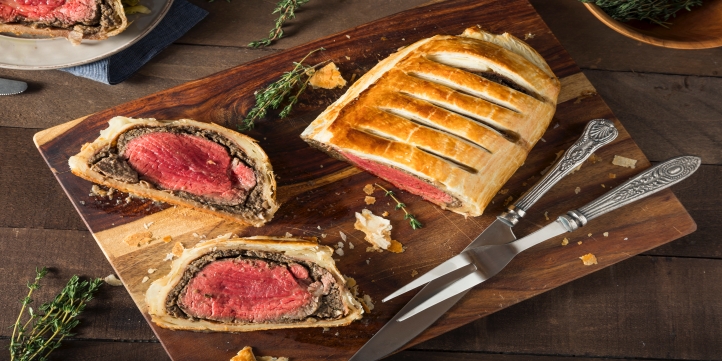 Tremendous passion, work ethics, self-confidence, and legendary temper in the kitchen – that’s Gordon Ramsay for you. Ramsay’s forte is traditional British dishes – especially his beef Wellington which is globally renowned. Pumpkin soup with wild mushroom and roast turkey with lemon, pars-ley and garlic are other signature dishes of Gordon Ramsay. Notoriously called as “The Bad Boy of British Cuisine”, Ramsay is known as a billion-dollar chef. His restaurants have been awarded an extra-ordinary 16 Michelin stars. Apart from this, Ramsay has done numerous successful TV shows, written cookbooks, and appeared on various world stage events to add to his popularity.

In 1993, Ramsay started working as a head chef in a newly opened Aubergine in London, and in just two years, he earned the hotel a two-star Michelin rating. In 1998, Ramsay set up his first restau-rant, which quickly received the most prestigious awards in the culinary world. 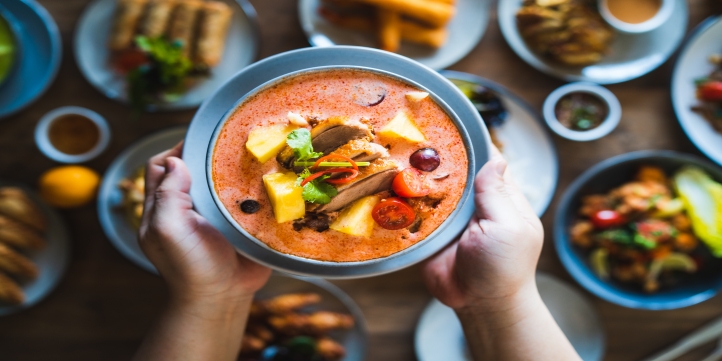 Jet Tilakamonkul AKA Jet Tila is another incredibly famous chef. He has appeared on countless TV shows for many years. Tila is known for his hard-working and experimental nature. He has a unique signature dish with a fun recipe – It’s Pineapple Fried Rice. The unexpected addition of pineapple to the fried rice is what makes this dish so unique and special. Thai Sweet Hot Chicken Wings and Chicken Lo Mein are other famous recipes by Tila.

Tila spent time learning the ancient traditions of Asian cuisine from his grandmother when he was little and worked in the famed Bangkok Market in 1972. To hone his skills further, he worked in the Royal Thai restaurant which opened in 1978. In 2013, his partnership with the Compass Group, the world’s largest food-service company, resulted in the launch of Modern Asian Kitchen, a new Pan-Asian concept. What’s more, Tila has three world records to his name – for creating the world’s largest stir fry (4,010 lbs.); the world’s largest seafood stew (6,656 lbs.); and the largest California roll (422 ft.). 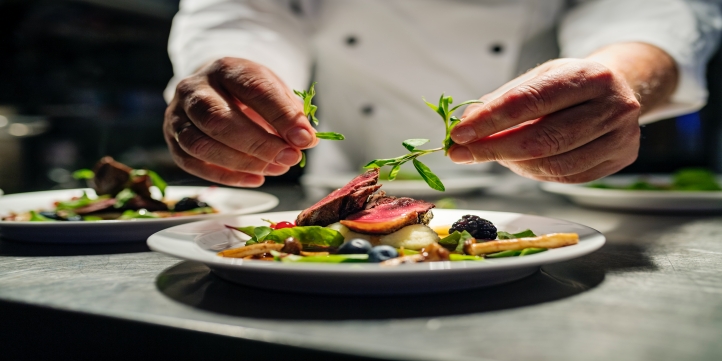 Daniel Humm is another famous chef who has made it to the top of the cooking industry. As a na-tive of Switzerland, he was exposed to a range of food at a very young age and started working in kitchens at the age of 14. Later on, he worked in some of the finest Swiss hotels and restaurants before earning his first Michelin star when he was only 24. The Swiss chef gained his fame in the US by opening various elite restaurants. He also wrote many bestselling cookbooks between 2011 and 2017. Humm’s cuisine is a combination of locally sourced ingredients and features simplicity, purity, and seasonal flavours.

Just like any popular chefs, Humm also has an authentic signature dish associated with him – It’s granola made with ingredients like coconut chips, cherries, pumpkin seeds, brown sugar, and pis-tachios. Humm is known to be head over heels for granola both in his professional and personal life. 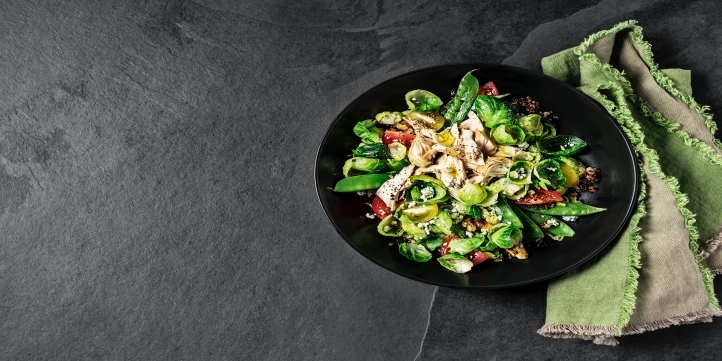 A popular MTV VJ and choreographer – Maria Goretti had nothing to do with cooking until she en-tered the phase of motherhood. She wanted to feed healthier food to her two-year-old son. A spark that ignited from his mother’s instinct pushed Maria to master the art of cooking. She went off to the Mecca of food learning, Tante Marie in London and did her Cordon Bleu Certificate course in culinary skills and bakery. This made cooking simple for Maria, which she used to find ex-tremely difficult. When she came back to India, she realized that the kitchen was her true calling. She started experimenting, and there was no going back. She featured in many TV cookery shows and even became the author of the award-winning cookbook – ‘From my Kitchen to Yours’. There’s no specific signature dish of Maria Goretti. But she is eminent for baking and cooking east Indian recipes.

Hope now you are inspired, and all pumped up to take the world by storm with your culinary skills. Thanks to Bigbasket you can find all the ingredients that you need to prepare a 5-star recipe at one place!

All images used are representational in nature.