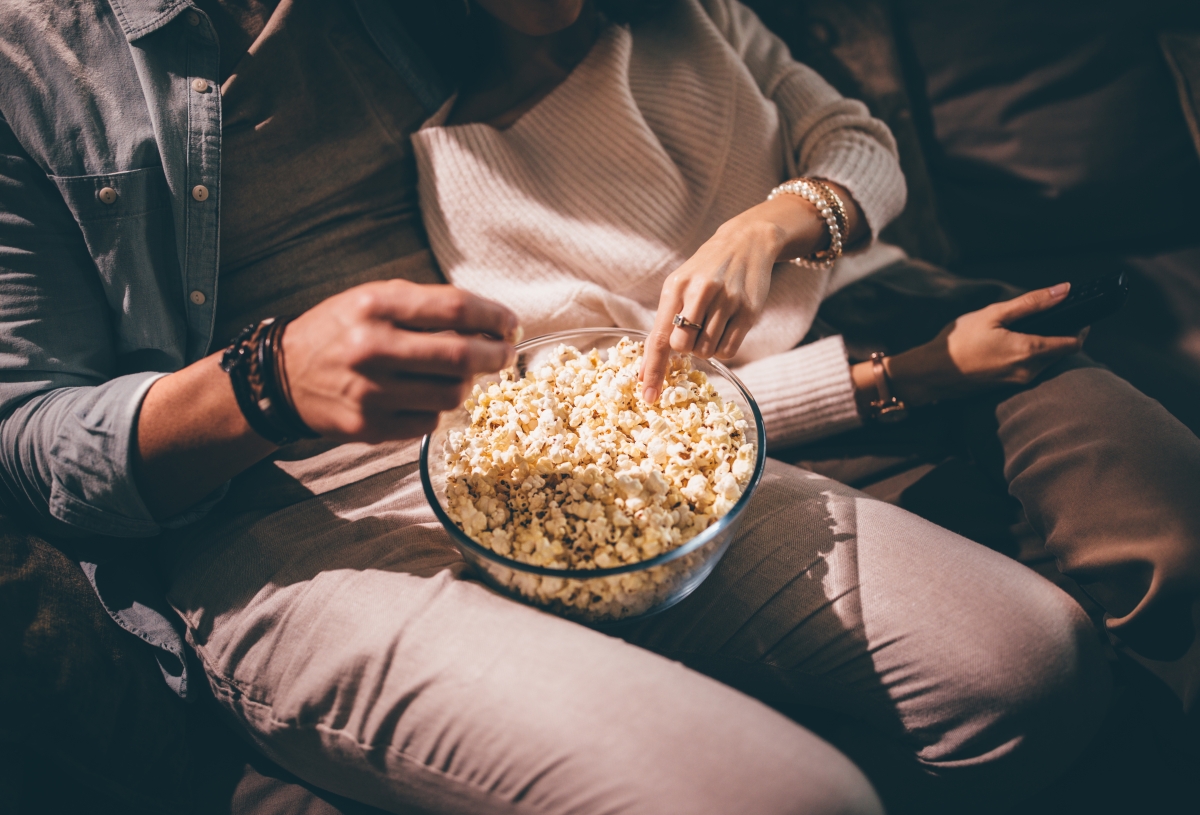 Sometimes it’s a good idea to not go with clear plans on Valentine’s Day. Like dressing up and going out for dinner. In our opinion, there are better ways to spend your V-day. Staying in, cuddling up, and watching rom-com is one of those ways, especially considering the current pandemic situation.

There are countless movies that you can watch on this special day. However, choosing the right film can be dilemmatic for some of you. We believe a movie can make or break your evening with your loved one. That’s why here we have rounded up a list of classic movies that you can never go wrong with on this day. So, grab your remote, light up some scented candles, and play these movies for a cozy night in with your partner that any party will envy.

Also, if you feel hungry in the middle of the move, we have you sorted for that too. All you have to do is pay with a digibank Debit Card and get a flat 15% off on Chaayos.

1. Eternal Sunshine of the Spotless Mind

This movie is considered one of the most innovative love stories ever. It focuses on Joel and Clementine throughout different stages of their relationship. The depiction of romance shown in the movie is pretty realistic and moving. However, the scenes which involve mind-erasing are more appreciated. After all, who doesn’t want to get rid of painful memories? This movie reminds us of our memories and experience makes us who we are.

Based on Nicholas Sparks’s novel of the same name, The Notebook is a romantic classic powered by its characters’ commendable performance. The story follows Allie (the young and affluent socialite) and Noah (charming and low) as they are torn apart by war and class. This heart-warming, genuine, and full of romance movies is sure to make your evening an unforgettable one with your significant other.

It is a musical that pays tribute to The Umbrellas of Cherbourg and Swing Time – the best romantic classic movies. The film brings about nostalgia and a desire to rediscover both the cinematic experience and Los Angeles’s city. Gorgeous costumes, dizzying choreography, and epic performance by Ryan Gosling and Emma Stone make this movie one of its kind.

This utterly emotional movie takes romance to a whole new level. The story follows Holly Kennedy, played by Hilary Swank, a grieving widow who finds a series of love notes from her late husband that try to ease her grief and encourage her to move forward to a new life.

The film is about a fading American movie star and Charlotte, a young woman and recent college graduate who meet by chance in a bar in Tokyo and befriend each other. Later which develops into a bond that is as unlikely as it is heartfelt and meaningful. ‘Lost in Translation’ explores themes of alienation and disconnection. If you are not in the mood for a typical romantic movie with a cliched storyline, then this movie is defiantly for you.

If your idea of a romantic movie is that a girl and a boy meet and fall in love, you should definitely watch ‘Her’. After watching this, you won’t see love the same way again. The film follows a man (Joaquin Phoenix) who falls in love with his talking operating system (voiced by Scarlett Johansson). Marvelous performances by both the actors and the unusual concept of love and romance are what make this movie a special one.
Year of release: 2013
Genre: Romance/Sci-fi
IMDb rating: 8/10

Whether you are looking for some inspiration to follow your heart or simply want to feel warm and cozy on Valentine’s Day, you can rely on the Oscar-nominated film – Brooklyn for that. The story revolves around a young Irish woman who decides to emigrate to the US (Brooklyn) in the 1950s. Soon after, she starts feeling unbearably homesick. Then she meets Tony and Brooklyn finally feels like home to her. After some time, she has to go back to Ireland due to some tragedy. This is when Jim Farrell enters the equation and promises Eilis to give better life in Ireland which she desperately wanted to come back to a few months ago. Where it’s hard not to be swayed by the security he could offer Eilis, her connection with Tony is pure and powerful. Eilis’ dilemma and her mesmerizing performance will surely keep you on edge-of-your-seat.