5 Types of Chai That Are Perfect For Every Season

There is no experience more quintessentially Indian than a steaming cup of chai, whatever the season outside {other than doing exactly that in the train, of course}. While most of us can still not brew the usual variety to save our lives, true connoisseurs know that it’s only one of the types of tea you can have with your pakoras.

Depending on where you are in the country, the popular varieties of tea around you may be a bit different from what you’re used to having every day. Here are the five types of chai you can have at any time of the year. More popular in the southern part of the country, especially Kerala, Sulaimani chai is a milkless variety of chai we’re used to, and is often had after meals to aid digestion {or just because you felt like having a cup}. It’s made with quite a few types of spices, like cinnamon, saffron, cardamom, and lime juice, and traces its origins to a kind of tea in the Middle East called ghava. Most people may assume masala chai to be a spiced version of the regular chai, though it takes a bit more to brew a perfect cup. The spices have to be of the right variety, as it’s supposed to help against the various types of health ailments during cold weather and monsoons. Make sure to look up the best recipes online before attempting to make it at home.

Tip – Keep a pack of masala chai at home so that you can brew one whenever you want. Our recommendation? The Teamonk Global Masala Chai that is imported from Assam and is available online as well. The best part – you can pay online and get it delivered right to your home. If you’re one of those familiar with the awesomeness of Kashmiri cuisine, you’d know of the mighty kahwa. Said to have health benefits like improving metabolism and the taste that’s as royal as it’s refreshing, kahwa is a type of green tea made with local ingredients not found in most other places of India {including authentic, Kashmiri saffron}. Directly translated to nimbu chai in Hindi, lembu cha is Bengal’s version of green tea that you can get your hands on at roadside vendors while you’re there. It’s not super challenging to make but takes a lot of practice to get just right, much like most other varieties of tea listed here. 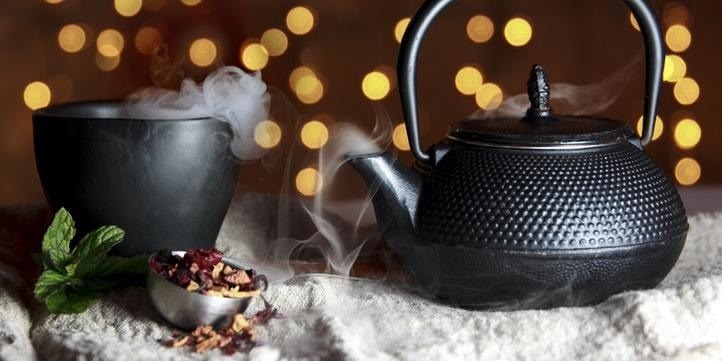 Ronga Saah is a type of red tea from Assam that is usually prepared without milk or spices. It’s supposed to be a mild beverage, and can only be made with specific varieties of tea found in the state.

Have we made you crave for a strong cup of tea? Then head straight to Chaayos, that offers a range of tea coupled with some tasty snacks like Poha, Bus Maska and toast, among others. That’s not all – you can even use your card and get a discount of 15 per cent on your total bill. You can also buy the ingredients from Big Basket. What’s stopping you now?