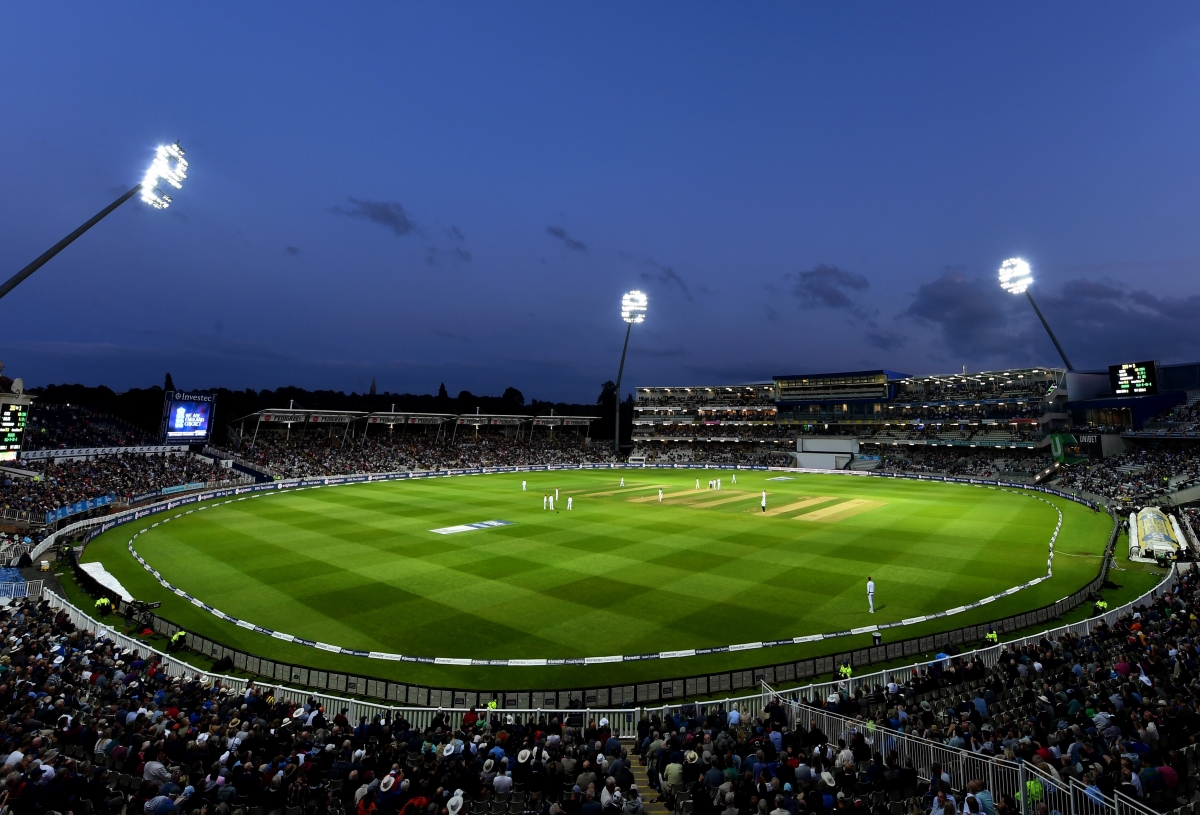 First built in 1975 as an international cricket ground in Mumbai , the Wankhede Stadium was later renovated in 2011, just in time for the Cricket World Cup. This was the same World Cup where India defeated Sri Lanka and became the first country to win the world cup on home soil. What an opening, amirite?

Wankhede Stadium has since been hosting numerous high-profile cricket matches. The stadium also played host to Sachin Tendulkar’s last game in his international career, where 33,000 of his greatest fans were there to watch. Fun fact: Wankhede Stadium has suspended cantilever roofs that are lighter in weight and heat resistant. Plus, there’s no beam support for the roof, which ensures that spectators will have a better view! Watching a match here is truly an experience.

Eden Gardens stadium is a cricket ground in Kolkata. Established in 1864, it also happens to be the oldest and second-largest cricket stadium in India, with a capacity of 68,000. It’s often referred to as the home of Indian cricket, a ‘batsman’s paradise’, ‘cricket’s answer to the Colosseum’, and even the ‘Mecca of Indian cricket’ Woah!

The cricket ground has hosted matches in major international competitions, including the World Cup, World Twenty20 and Asia Cup. In 1987, it became only the second stadium to host a World Cup final and played host to the 2016 ICC World Twenty20 final, but its history went way further.

Established in 1864, it takes its name from the Eden Gardens — one of the oldest parks in Kolkata and adjacent to the stadium — designed in 1841 and named after Lord Auckland’s sisters, the then Governor-General of India. Originally called Auckland Circus Gardens, it was later changed to Eden Gardens. According to legend, Babu Rajchandra Das, the then zamindar of Kolkata, had gifted one of his most significant gardens beside the river Hooghly to Viceroy Auckland Eden and his sister Emily Eden after they saved his third daughter from a fatal disease.

Renowned for its large and enthusiastic crowds, the stadium underwent extensive renovations in both 1987 and 2011 to meet the International Cricket Council’s standards for the 2011 World Cup, and today is still one of the most famous cricket stadiums in the world.

Fun fact: While still undergoing renovations, the stadium hosted three scheduled World Cup 2011 Matches. In the last of these matches (Kenya vs Zimbabwe), the stadium had the minimal ticket-purchasing crowd in recorded history, with only 15 spectators having bought tickets.

This is the only cricket ground situated at an altitude of 1,457 metres above sea level and offers the picturesque snow-capped Himalayan mountains as a backdrop. While it may not regularly play host to thousands of screaming fans, this is the most ‘gram-worthy cricket ground and deserves a visit. With a capacity of 23,000 people, it was built relatively recently in 2003 and used regional architectural guidelines to help set it apart from the crowd. The pavilion looks vaguely like a temple and pays homage to the Tibetan architecture in the region. Simply beautiful.

Fun fact: The first international team that played in this cricket ground was the Pakistani cricket team when they played a warm-up match against an India A side in 2005.

Always competing to be the best cricket stadium in the world — and one of the most historical and famous cricket stadiums — The Oval is legendary. We could quickly write a list of fun facts about this hallowed cricket ground. Suppose, The Oval’s history clubs home ground you’re interested in cricket or are a cricket fan. In that case, we recommend reading about The Oval’s history and learning some super exciting things like the ground had the first artificial lighting at a sports arena, in the form of gas-lamps, back in 1889, or that this is the birthplace of the Ashes!

International cricket ground in Kennington, in south London, The Oval has been the Surrey County Cricket Club’s home ground since it opened way back in 1845. It was also the first ground in England to host an international Test cricket match in September 1880. FYI, the final Test match of the English season is traditionally played there.

Naturally, the cricket ground has undergone massive renovations over the past almost-two centuries. The newest structure that is being built will include a three-tier stand that will increase the ground’s total capacity to 28,000. The project is part of a planned £50 million long-term redevelopment of the cricket ground, which will see The Oval transformed into the largest cricket stadium in the western hemisphere, with a capacity of 40,000.

Fun fact: For sponsorship reasons, the stadium is called the Kia Oval.

Is this the best cricket stadium in the world? Most fans would undoubtedly say so. Either way, Lord’s cricket ground is one of – if not the most famous cricket stadiums globally, known worldwide as the home of cricket’ and well, if you get the chance to watch a match here, don’t even hesitate.

Built-in 1814 and named after Thomas Lord, the Marylebone Cricket Club owner, the stadium has borne witness to multiple historical events in cricket. Over 100 test matches have been played at Lord’s cricket ground, set against the backdrop of the terracotta-coloured pavilion, built-in 1890 and one of cricket’s most recognisable structures.

Fun fact: Lord’s cricket ground is also home to the world’s oldest sporting museum, as well as an extensive cricket library. You can see things like the (taxidermy) sparrow that was brought down mid-flight by Jahangir Khan’s powerful bowling during a match in 1936.

Known locally as ‘The G’, this stadium is located in Yarra Park. Founded by the Melbourne Cricket Club, it is the largest stadium in the Southern Hemisphere, the 11th largest globally, and the second-largest cricket ground, after Narendra Modi Stadium, a capacity of 100,024 people.

Since it was built in 1853, the MCG has undergone numerous renovations. It served as the centrepiece stadium of the 1956 Summer Olympics, the 2006 Commonwealth Games and two Cricket World Cups in 1992 and 2015. Apart from that, this cricket ground has also played host to numerous singers and concerts, including David Bowie, Fergie, Eminem, The Rolling Stones, Michael Jackson, Elton John and more!

Australia is also home to other iconic stadiums, including the Sydney Cricket Ground, Adelaide Oval, and the Gabba, all of which are equally stunning.

Fun fact: The MCG is listed on the Victorian Heritage Register and was included on the Australian National Heritage List in 2005.

The Kensington Oval is a stadium and cricket ground located in the capital city Bridgetown on the island of Barbados. Locally referred to as ‘The Mecca’ of cricket, it has played host to many important and exciting cricket games between local, regional, and international teams throughout its 120-year history.

The cricket ground has also hosted many non-cricket events, such as the Barbados national football team, Miss Barbados pageants and concert events. The cricket ground is probably most famous for its jumbo TV screen and jacuzzi-type area for fans to watch while relaxing in the pool. Behind this is a large, grassy hill for fans to sit back, relax, have picnics while watching the match and a bunker underneath for the media.

Fun fact: Post renovations, the new stadium has been commemorated through two Barbadian postage stamps. While most of the stadiums on this list could easily compete for the title of ‘best cricket stadium in the world’, we will also mention other famous cricket stadiums like the Narendra Modi Stadium in Gujarat, Adelaide Oval, The Wanderers in Johannesburg, Sri Lanka’s Galle International Stadium, and the Queen’s Sports Club in Zimbabwe. If you are planning visit these famous stadium to watch your favourite cricketers, you must check out Travel Now by Digibank, it’s a one-stop solution to all your travel woes. Did we miss your favourite cricket ground? Comment below and let us know!