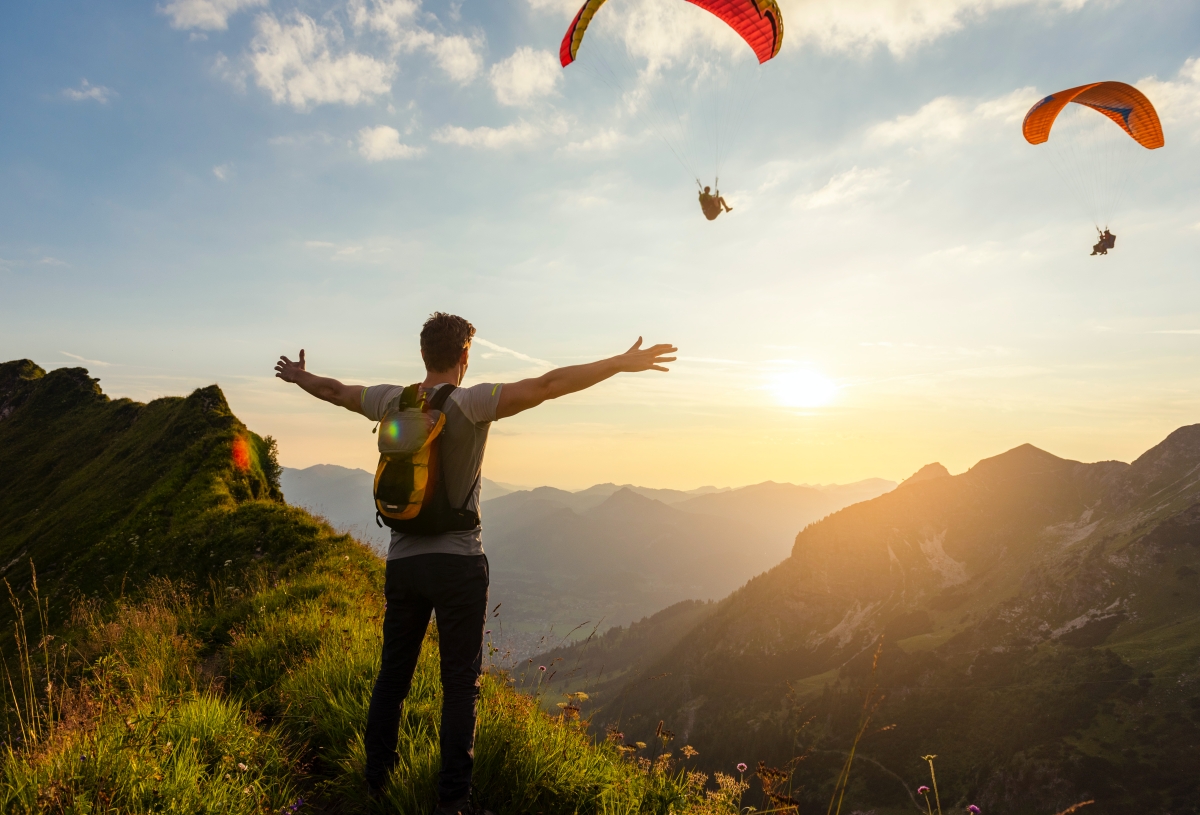 Best Places For Paragliding In India That You Must Experience

If you are looking for paragliding in India, your search ends here. We’ve rounded up the best paragliding locations in India for adventure lovers to explore.

If you’re genuinely looking for an adventure, for a rush, high up in the sky, look no further than paragliding. The sport, which has seen a definite rise over the past decade, has evolved to become safer , better and more thrilling, making it something you should add to your to-do list—confused about where to go? Don’t worry. Here’s our extensive list of where you can go paragliding in India.

Tip: If you are looking for a one-stop solution to all your travel woes, check out Travel Now by Digibank. 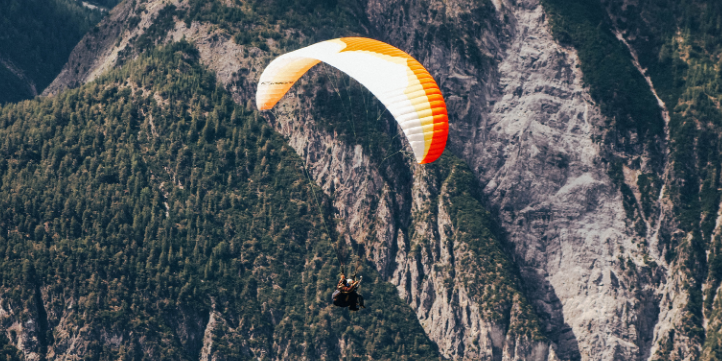 You can’t talk about paragliding in India without talking about Bir paragliding. It’s slowly but indeed evolved into one of the most popular spots for the country’s activity. This little town in Palampur, Himachal Pradesh, has multiple locations for you to choose from depending on your convenience. Still, the Billing take-off point happens to be Asia’s highest and the world’s second-highest, coming in at around 8000 feet above sea level

You don’t have to be an expert, though; try tandem flying first! 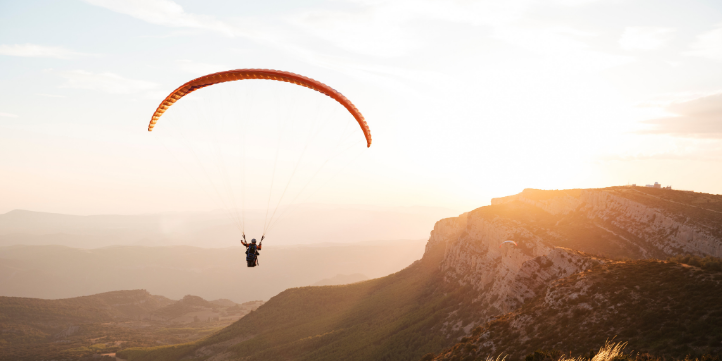 If this is your destination of choice, you’re in luck! There are multiple beautiful spots where you can go paragliding in Manali, all prettier than the next. Choose between Solang Valley, Barot, Bijli Mahadev, Marhi or Kangra Valley, depending on where your travels will take you, and you won’t be disappointed. Solang Valley is also sometimes called the best place to go paragliding in India, thanks to the gorgeous views of the Himalayas it offers up high. 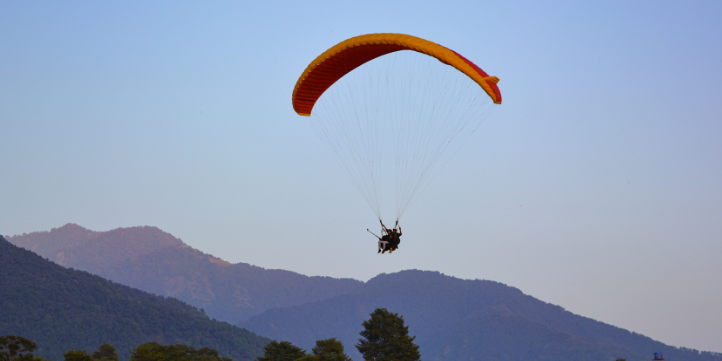 If the mountains are calling, but you missed the call, we suggest you pick up that phone and head for the beaches! Paragliding in Goa is super fun because, well, when you’re already partying at the beach , you may as well get in some *actual* flying time too.

Numerous beaches offer paragliding in India, but Goa tops the list. Pick between Arambol beach (it starts from a cliff located between Harmal and Arambol), Anjuna, Vagator, Majorda or Colva.

Cost: For an excellent one-hour session, prices start at around INR 2,000 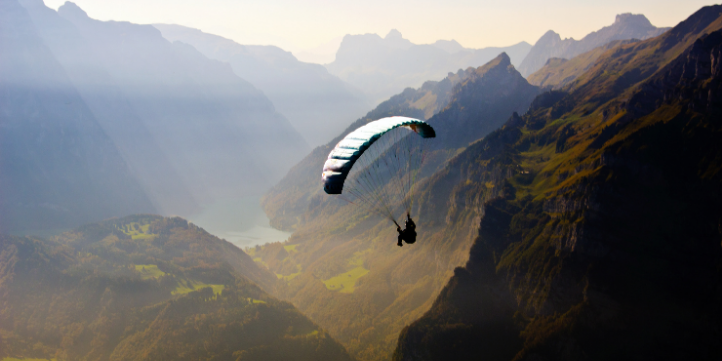 If you’re headed to the east or northeast of India, looking for something adventurous to do, try paragliding in Gangtok. Giving you the perfect bird’s eye view of the magnificent Himalayan range below you, all you need to do is sit back and relax. Literally! The operators in Sikkim offer mainly tandem flights, so you don’t need any prior training because there’ll be an experienced pilot to navigate and do all the hard work. You will need to participate in take-off and landing, though.

If you’re going to Sikkim to get in some adventure time, we suggest you try rafting as well. 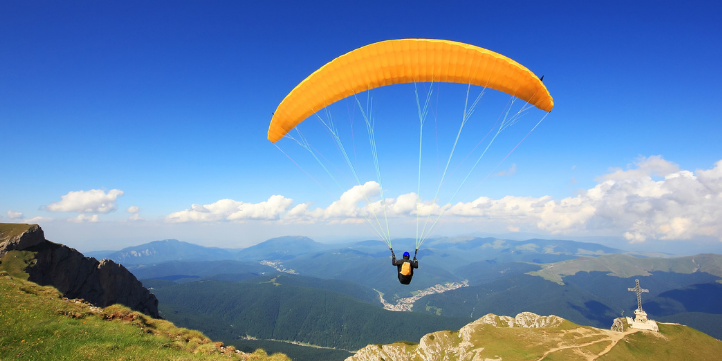 While there aren’t many spots that offer out and out paragliding in Chennai , we suggest you try paramotoring or parasailing here instead. Paramotoring means that a vehicle is used to lift the parachute into the air instead of jumping off a cliff or hilltop. Parasailing means that a speedboat is used to lift you and the parachute into the air, so you get to fly above the vast open sea.

You can go for either on either Marina beach or Kovalam beach unless you’d prefer to go only paragliding in India, in which case take a three-hour drive to Yelagiri that offers paragliding from a height of 2200 meters. 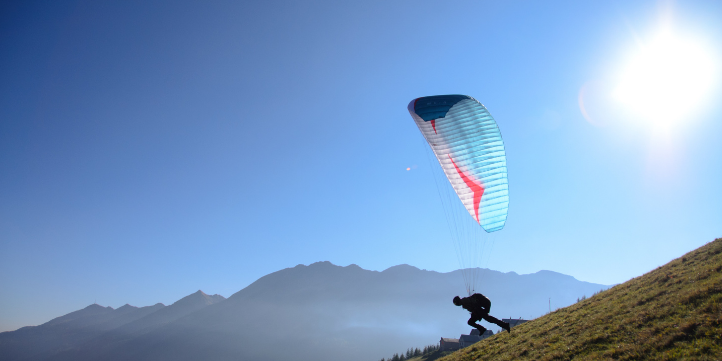 Bangalore’s ultimate paragliding rush belongs to Nandi Hills, a small hill station about 60 kilometres from Bangalore. With unparalleled views, nothing but nature all around you and the thrill of the wind in your ears, this is probably our number one pick for paragliding in India. Professional paragliders concur, mainly because the terrain is ideal for beginners and pros alike. You can fly up to 4500 feet here, whether alone or in tandem. 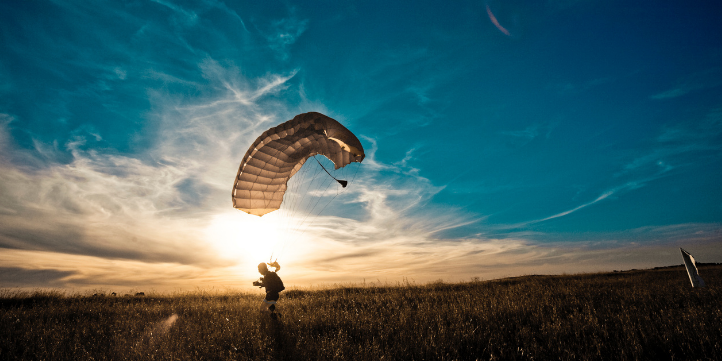 This is hands down the best, most scenic spot to go paragliding in India! To get to Bedni Bugyal, you’ll have to make your way through 11 kilometres of the Roopkund trek, which means you get to trek and then paraglide: any adventure lover’s dream, and not for the faint-hearted. The unspoiled views of the vast meadows, mountains and animals are one you won’t find anywhere else in the world, as is the experience of flying over Uttarakhand itself.

Best time to go: September to May