Travel More » 10 Best Places To Travel Around The World 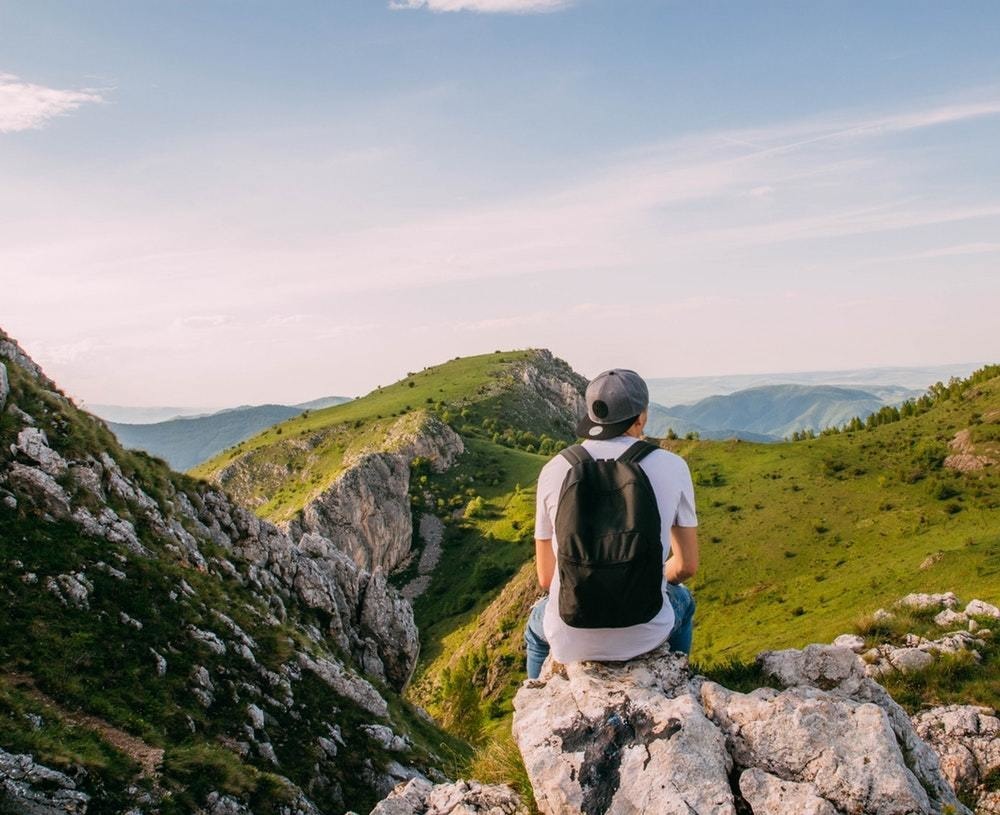 10 Best Places To Travel Around The World

As many popular locations across the world strain under over-tourism, the unspoiled journey is now more precious than ever before. That is why we have drawn up a list of places to travel around the world during the upcoming year.

Travel deep into the villages of Japan or enter uncharted territory in villages of China. Discover Kerala’s budding art scene, or the culinary and heritage gems of Singapore. Yes, evergreen locales will remain popular, but now travel calls for bold thinking. It’s time to grab your bags and go! 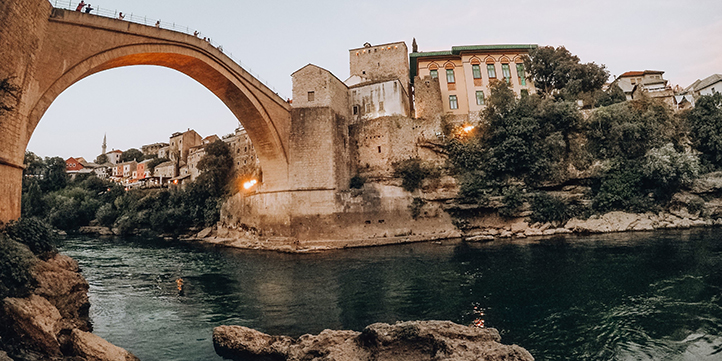 Why go now – For a slice of history

Partially destroyed during the Bosnian War {1992 – 1995}, Mostar still retains its original charm, albeit with the scars of the past. There are many buildings in the Old City that have now been rebuilt or restored post the war. Wander around the city, and you will see buildings riddled with bullet holes located next to newly renovated apartments.

Many of the abandoned structures are decorated with colorful murals by local and international artists. One of the city’s most prominent structure is the 16th century Stari Most {popularly called Old Bridge} which were rebuilt in 2014 – it connects the city’s predominantly Christian Croat west side with the mainly Muslim Bosniak east.

Best time to visit – May

How to reach – The best way to reach Mostar is by road via Croatia in Western Europe. Flight tickets to Croatia can be booked from various cities {including Mumbai and Delhi} around the world. 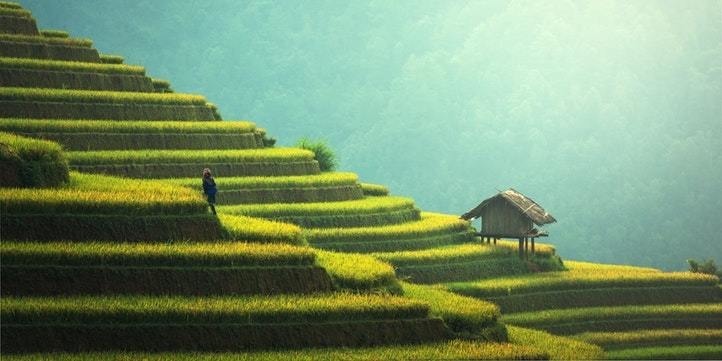 Why go now – Step into villages untouched by time

One of China’s most isolated and undiscovered provinces, Guizhou is slowly catching the attention of the world as a cloud computing and big data centre. Boasting of plentiful water and cool climate, many tech powerhouses like Apple and Huawei are building facilities in this city.

The buzz around bytes has resulted in better access to the province, including interaction with ethnic minority groups like Dong, Bouyei and Miao. The village life is a perfect break from the city life as days unfold at a slow pace, with villagers still practising farming and textile traditions {like spinning and embroidery} that dates to the sixth century.

Best time to visit – April to May

How to reach – The closest airport is the Guiyang Longdongbao International Airport, which is located 113 km away from Guizhou province. It has daily flights from major cities in China and from around the world. 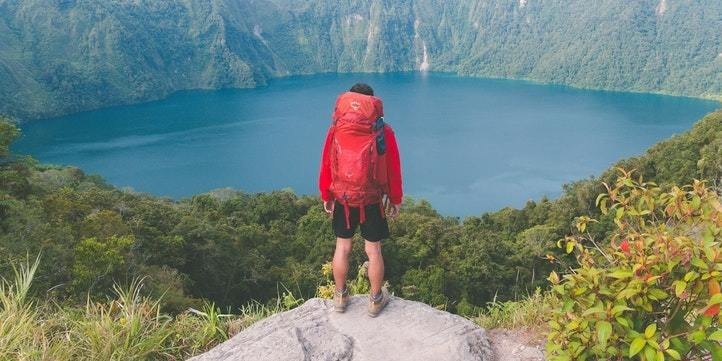 Despite its lack of soaring peaks, Hungary is still an incredible hiking destination, mainly due to the National Blue Trail. Recognized as one of the first long-distance trails in Europe, the trek begins at Irottkő Mountain on the Austrian-Hungarian border then cuts across Hungary eventually ending 1,128 km later at the village of Hollóháza by the Hungarian-Slovakian border.

How to go – Get a Blue Trail passport to earn stamps at checkpoints along the route. Collect all 147 stamps and receive a coveted Blue Trail Badge, or complete one of the three stretches awarding section-hike badges. 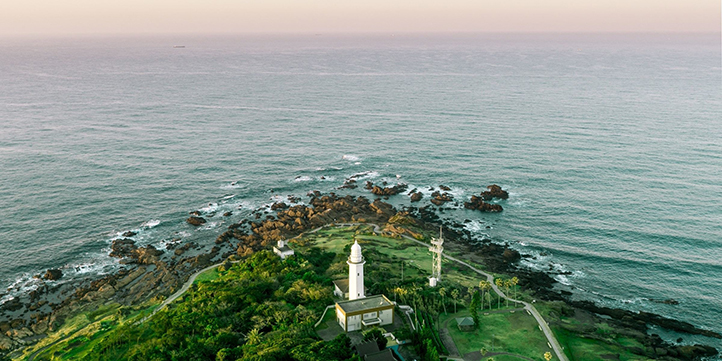 Less than three hours by train from Tokyo, Tohoku is a real hidden gem. With pristine forests, deep valley gorges and crater lakes, Tohoku is also home to temples and shrines that date back more than 1000 years. Although several festivals are held here, less than 2 per cent of international tourists make a stop here.

Walk the Michinoku Coastal Trail, which runs for 100 kilometres from Aomori to Fukushima. It was devastated by the 2011 tsunami, and the newly opened trail is a stirring symbol of the area’s rebirth. Plus, with some of the planet’s heaviest snowfall recorded here, this destination is a favorite for all winter lovers.

Best time to visit – All year round

How to reach – There are no major airports in Tohoku, and most travellers arrive via Tokyo. 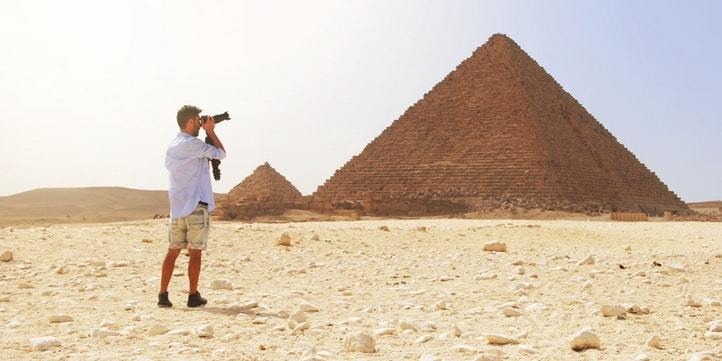 Why go now – To see their incredible temples/pyramids.

After a steep decrease in tourism due to the 2011 Arab Spring revolution, Egypt is slowing getting back on its feet. Located in the southernmost part of the country, Abu Simel seems completely cut off from civilization.

Originally cut into a rock cliff by the Egyptian pharaoh Ramses II, the temples at Abu Simbel are at once archaeological treasures and marvels of modern engineering. Unearthed by archaeologists in 1813, these temples were saved by the rising waters of Lake Nassar by a massive relocation effort made by the Egyptian government and UNESCO in 1960.

Wander through the temple, which has gigantic statues and images of the pharaoh and his queen. Best part? There will be few people jostling for your view.

How to reach – A good way to experience Abu Simbel is as a part of a Nile cruise. 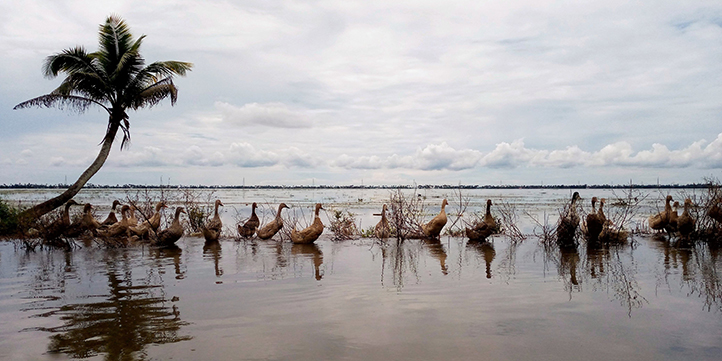 The oldest European settlement in India is gaining a lot of attention, due to its thriving art scene. Seaside Kochi in Kerala was founded in 1500 and is today a prime tourist attraction of the state. With its multilayered colonial past, which is truly reflected in the historic Fort Kochi, the place also hosts the four-month-long Kochi-Muziris Biennale.

One of the largest events in South Asia was launched in 2012 and showcased contemporary international, Indian, and cross-cultural visual art and experiences. Singaporean-Indian artist and writer Shubibi Rao’s 2018 “The Pelagic Tracts” a multifaceted deep dive into a world where books are the most prized commodity. Rao is a curator of the fifth biennale, set to run from December 12, 2020, to April 10, 2021.

How to reach – The Kochi airport has regular flights from major cities around the world, including India. If you are coming from Mumbai, you can even take an overnight train from the city. 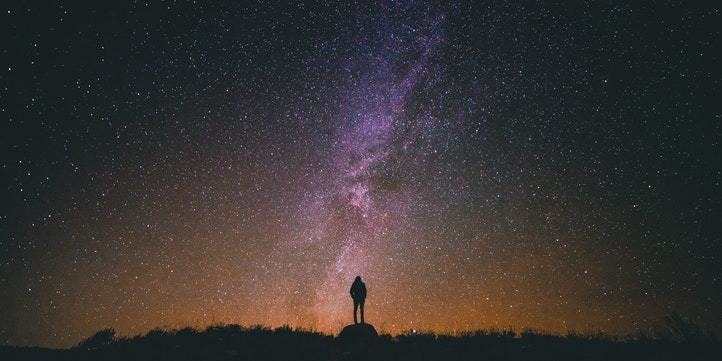 One of the only few International Dark Sky Sanctuaries in the world, the Ae! Hai Kalahari Heritage Park is a truly unmissable spot. Distances in this remote border region between South Africa and Botswana are measured in dunes. With stable temperatures all through the year, coupled with low humidity and almost zero light- or sound pollution, and lack of cloud cover, this place is, without doubt, one of the best stargazing destinations in the world. Need more reasons to go?

How to reach – The closest airport is the Johannesburg International Airport. 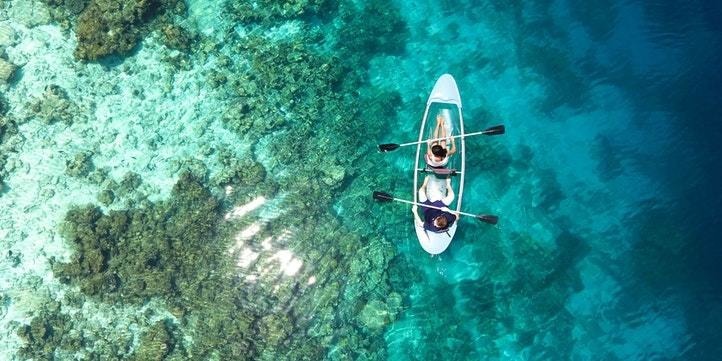 One of the first countries in the world to champion the need to discuss climate change in the United Nations General Assembly, in 1987, the Maldives is a trailblazer in the field of environment protection. For the idyllic, 1,200-island archipelago in the Indian Ocean, forward-thinking sustainability initiatives—such as the effort to be carbon neutral by 2020—are no longer cool choices but a matter of survival.

According to the Intergovernmental Panel on Climate Change, much of the Maldives—which is the lowest-lying country on the planet {average elevation: five feet} and whose territory is about 99 per cent water—could disappear in decades due to rising sea levels. The 870-square-kilometre UNESCO Baa Atoll Biosphere Reserve helps protect the Maldives’ fragile coral reefs, which support a high diversity of coral, fish, and bird species, as well as sea turtles, whale sharks, and other marine life.

How to reach – Male International Airport {MLE} is the main airport, which connects the Maldives to all major countries in the world. 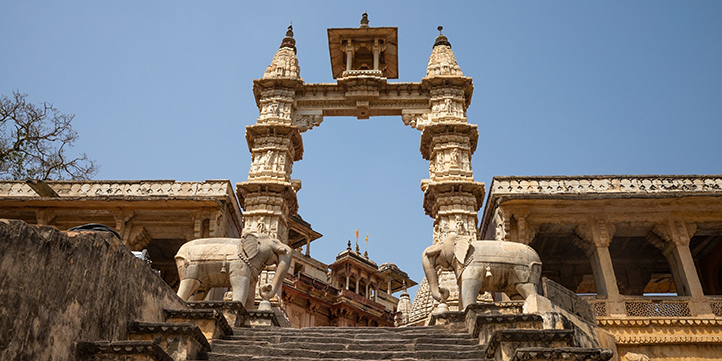 Situated only 26 km from Udaipur, Delwara promises to deliver a true Mewar experience. In the heart of the village, snuggled between the Aravallis, is the Devigarh Palace, a gift from Maharana Pratap of Mewar to Rajrana Sajja Singh and his brother after the battle of Haldighati in 1576. The Palace has now been converted into a luxury hotel, and special tours can be organised on request. Don’t forget to visit the lavish Darbar Courtyard bar and restaurant where dining is a royal affair.

The Palace, the 19th-century Indra Kund {stepwell}, Hunting Tower, and Nagda Temple—a complex of abandoned temples built by a lake forest—that dot the vicinity, all tell tales of a forgotten world. In contrast stands Eklingji, the 1,000-year-old Shiva temple, home to the relic of the four-faced Shiva. The temple is still visited every Monday by the ruling Maharana. It offers a peek into the life that has evolved and continues to thrive in this village of a big dynasty.

Best time to visit – January to March and August to December

How to reach – The village of Delwara is 26 km/30 min from Udaipur, which has its airport and railway station. Once in Udaipur, you can hire a private taxi or opt for the bus/shared taxi services that ply to Delwara at regular intervals. A top destination for many Indians, the Garden City, is a true melting pot of cultures. Travelling around Singapore can take a matter of minutes, thanks to one of the world’s most efficient and widespread public transport systems. Hankering for breakfast in Little India, but want to visit the temples in Chinatown before lunch? The city’s sparkling MRT system has you sorted. Plus, with new metro lines opening practically every two years, this tiny island keeps on becoming easier to explore.

A magical destination for foodies, there is the endless variety offered in the country. From cheap hawker fare to Michelin-starred fine dining, food-enamoured Singaporeans will make sure that you stay happily satiated during your entire trip. Follow your nose or join the longest queue – whatever morsels lie at the end; they are almost guaranteed to be sumptuous.

Some other unmissable experiences in this country are the innumerable walking trails, treetop jungle bridges, wildlife galore and the city’s green jewel – the UNESCO World Heritage-listed Singapore Botanic Gardens – these are without a doubt the lungs of Singapore.

Did you know? Now, Indian nationals who are in transit in Singapore, and have a valid visa to select countries, now have the option of visa-free entry to Singapore for a stay of up to four days.

Best time to visit – All year round

How to reach – The Singapore Changi Airport is well-connected to cities around the world, including Mumbai and Delhi.