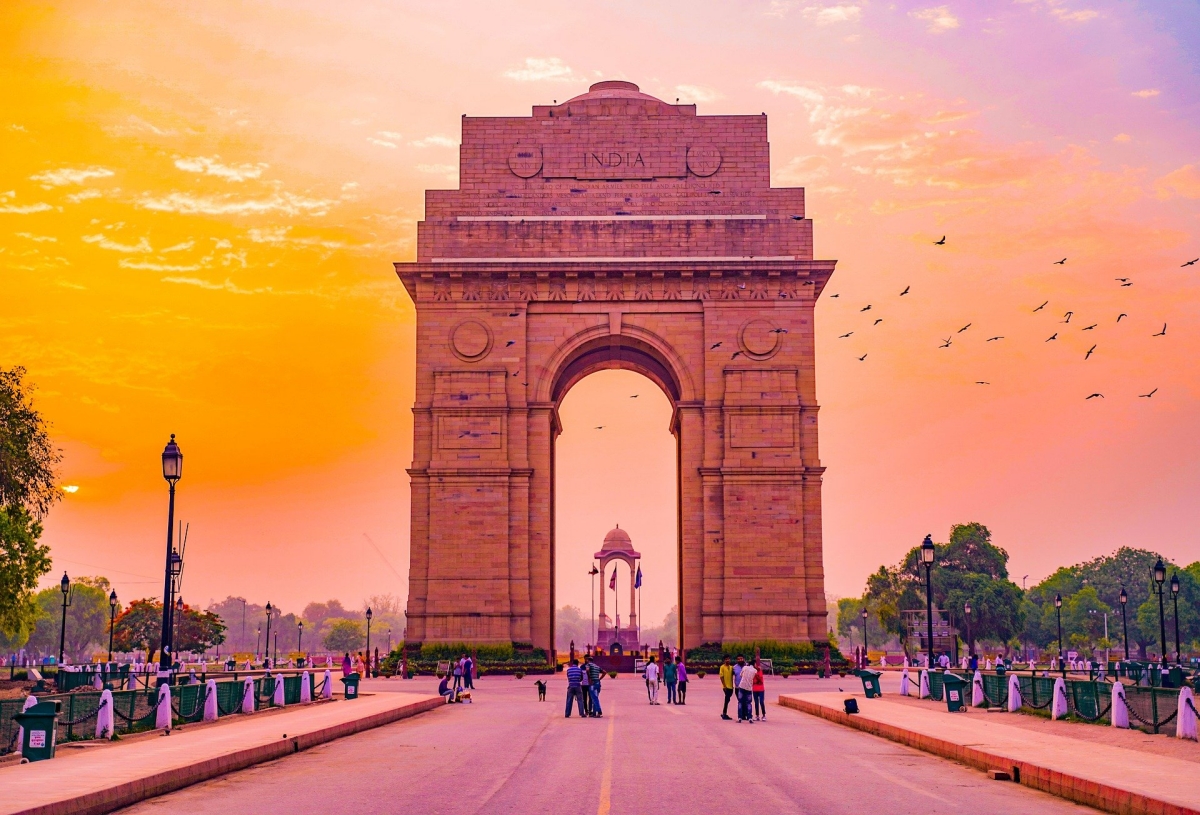 Best Places To Visit In Delhi

Delhi is a city of thousands of stories and millions of people, where every day is a colorful one. There are so many places to visit near Delhi , but this list attempts to present some of the best. Between New Delhi, the country’s capital that was inaugurated by the British during India’s period of colonial rule, and Old Delhi, the centuries-old settlement that has been a seat of power since medieval times, Delhi is the perfect representation of our country, where the past and present exist side-by-side. Delhi’s signature chaos and bustle are unmistakable and visiting Delhi as a tourist is an unforgettable experience. With hundreds of years of history, a vibrant cultural tapestry, and the unique charm of Delhi’s residents, there is a long list of places to visit in Delhi  that must make it to your list. Here are some of the best places to visit in Delhi, a selection of a few of the unmissable attractions this great city offers. 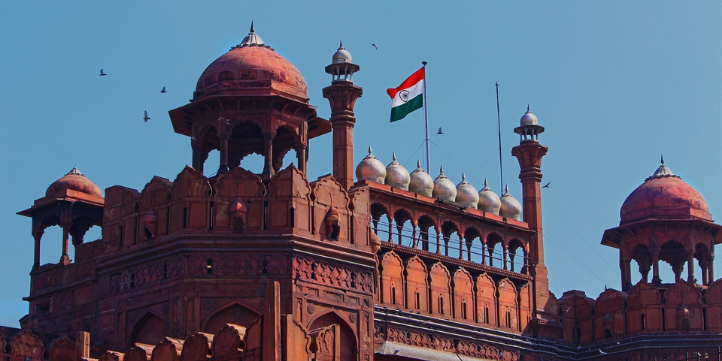 Is there any structure more iconic of Delhi’s majesty than the Red Fort? The Red Fort might be the Delhi tourist place that most think of when imagining the city. The Lal Qila, as it is also known, is a grand monument of red sandstone built by the Mughal emperor Shah Jahan in 1648. The Red Fort stands tall and proud to this day, and all Indians will be familiar with the sight of the country’s Prime Ministers through the years, issuing the annual Republic Day address from its tall ramparts. This massive fort complex sprawls over an area of more than two square kilometers. Visitors can enter the Red Fort between 9:30 AM and 4:30 PM, while there are also light shows held in the evenings, after sunset. Indians have to pay Rs 35 for entry, while foreigners must pay Rs 500. The Red Fort is closed to visitors on Sunday. 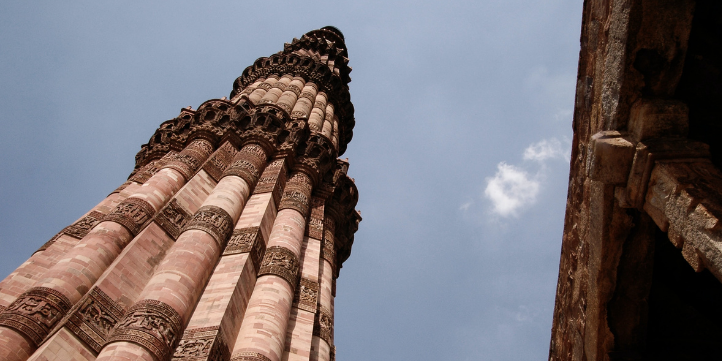 Delhi is a city of constant delights, especially for fans of history and architecture. One of the best places in Delhi to imbibe both at the same time is the Qutub Minar, another one of the many awe-inspiring historical monuments that dot the length and breadth of this ancient city. It is one of the most popular tourist places in Delhi. Dating back to the 12th Century, the Qutub Minar is named after the Delhi Sultanate’s founder, Qutb-ud-din Aibak. It is one of the earliest examples of Indo-Islamic architecture and is an architectural novelty, built from three different types of stone. Climbing to the top of this five-story minaret yields one of the most breathtaking views of Delhi. The Qutub Minar is open to visitors daily from sunrise to sunset, and it costs Indians just Rs 30 to enter, while foreigners have to pay Rs 500. 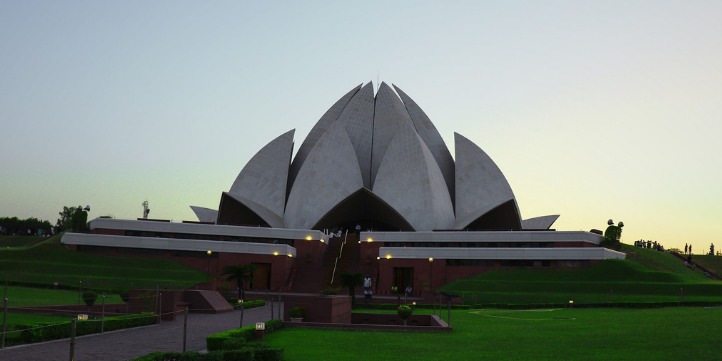 India was founded on the principle of unity among diverse religions, so it’s only fitting that one of the most awe-inspiring places to visit in Delhi, the nation’s capital, embodies the same belief. The Lotus Temple, built-in 1986, is a place of worship for the Baha’i Faith, which preaches all people and religions’ unity. This is why guests to the Lotus Temple will see no idols, religious imagery, or any overt symbols of religiousness anywhere in the structure. It is one of the best places to visit in Delhi. The House of Worship is open to all and has welcomed over 70 million visitors since it first was built. The Lotus Temple is only closed on Mondays, and entry is free to all. 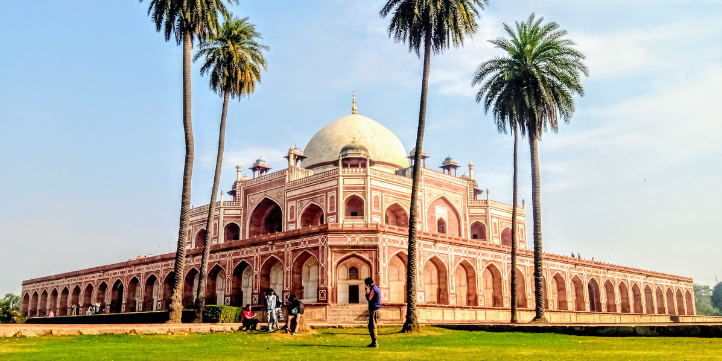 The tombs and mausoleums of Delhi’s Mughal emperors are among India’s most important historical monuments and important tourist places in Delhi. Of course, the Taj Mahal in Agra is the best known of these, but Delhi is home to Humayun’s Tomb, the stylistic predecessor of the more famous Taj Mahal. The tomb is the first example of the massive garden mausoleums that became so synonymous with Mughal architecture. It was built in 1570 and is the resting place of the emperor Humayun, the father of Akbar the Great. Smaller tombs of other historical personalities from the era dot the gardens. The tombs are open to visitors from sunrise to sunset. 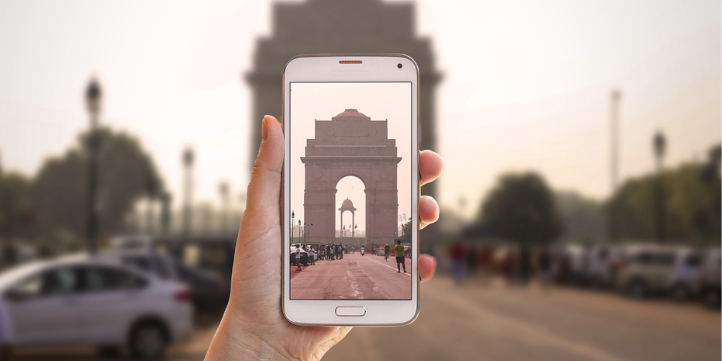 Delhi offers visitors a slice of more than just medieval history. Modern times are also chronicled in Delhi’s shifting landscape, and perhaps none is more famous than India Gate. One of the largest war memorials in India Gate is dedicated to the memory of the 70,000 brave Indian soldiers. They were martyred during the battles of World War One. The monument consists of a vast red stone arch, topped with a shallow bowl. Under the arch sits a marble plinth, with four eternal flames burning at each corner, known as Amar Jawan Jyoti (Flame of the Immortal Soldier). The gigantic stone arch straddles the iconic Rajpath road, and the sight of India Gate lit up in all its glory is one of the most beautiful views in Delhi.

In addition to these tourist destinations in Delhi , this charming city is full of surprises that make any visit memorable. There are many tourist places near Delhi as well. Plan your next trip to Delhi by browsing through the financing plans at Digibank Travel Now , and prepare to be swept off your feet by Delhi’s magic.