Travel More » Best Treks In India For An Adventure Experience 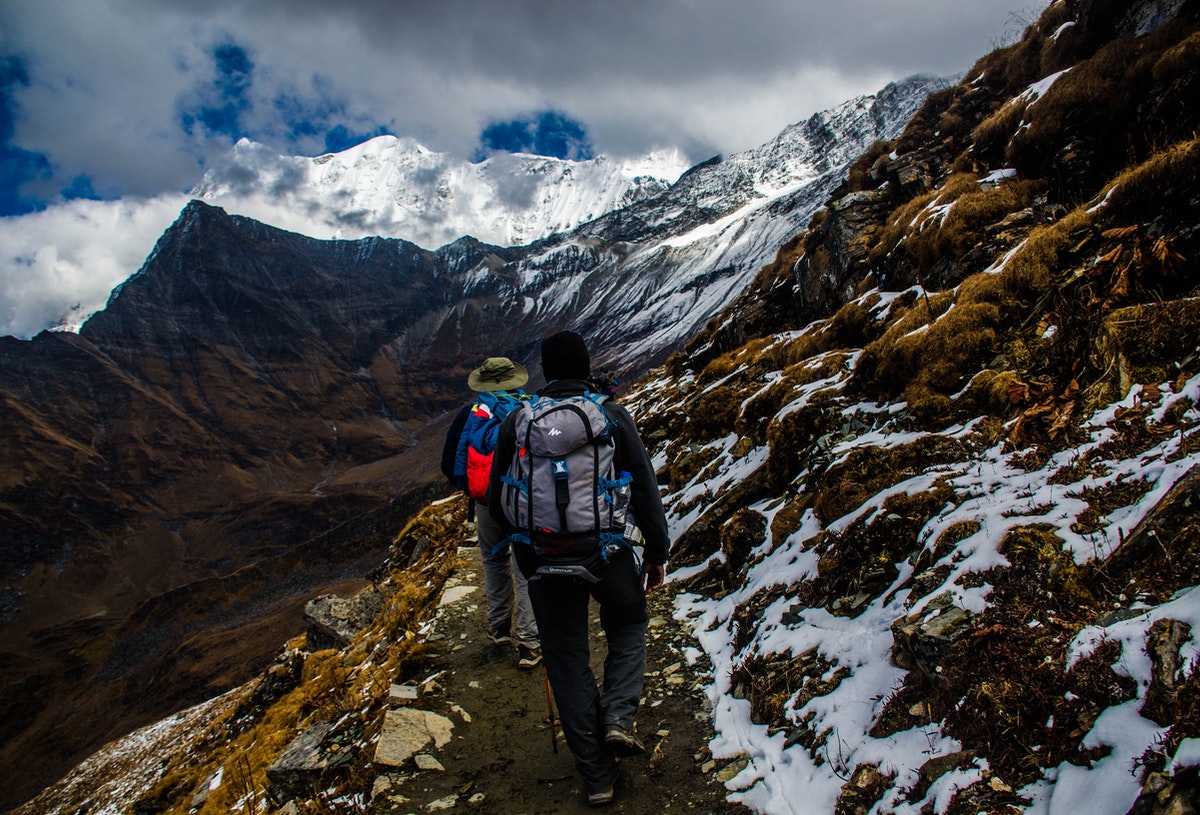 Best Treks In India For An Adventure Experience

Treks  and hikes are some of the best ways to experience the natural beauty of a place. On foot, you get to witness the flora and fauna of the region up close, get a chance to see some of the most stunning vistas from elevated points, and even make a few friends along the trail. There is no shortage of treks in India for those who want to take up this adventurous hobby. The country’s many mountain ranges offer various tours for trekkers of all expertise levels from north to south. Here are some of the best treks in India. 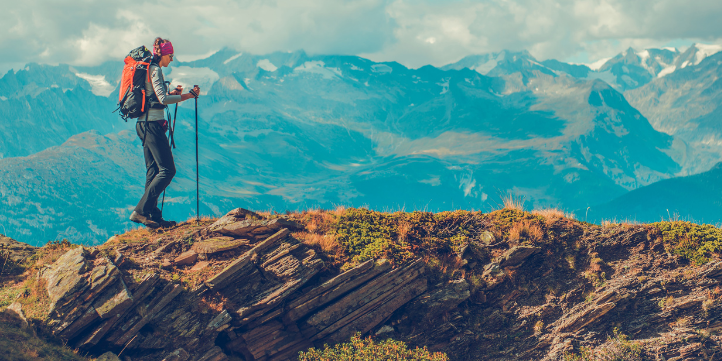 The Triund Trek is a popular Himalayan trek for novice trekkers. Its proximity to Delhi and relatively lower difficulty make it one of India’s best hikes for those who are just starting to explore this hobby. Buses connect the town of Dharamkot, which is the starting point for the Triund trek, to Delhi, and they ply daily. Starting the trek early is a good idea and many who make the Triund trek choose to stay overnight, either at the local rest house or camping in rented tents. The climb from Dharamkot to Triund should take approximately four hours. The best times to make the Triund treks are the spring and summer months, from March to June. 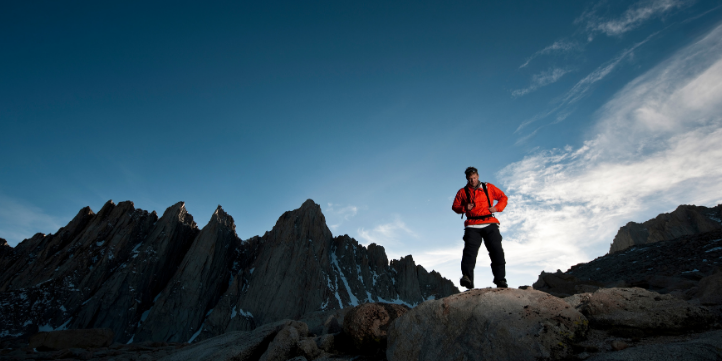 Parvati Valley in Himachal Pradesh is one of India’s most popular tourist and trekking destinations, especially among those who love the mountains. While spending time in the gorgeous Kullu district, making the trek from the village of Barshaini to Kheerganga is a popular activity among visitors. The Kheerganga trek is often considered one of the best hikes in India. The Kheerganga Trek is not prohibitively tricky and can be attempted by novice trekkers. Barshaini is connected by bus and private cab to the village of Kasol, where there are many accommodation options. Barshaini to Kheerganga is a 13-to-15 kilometre trek, depending on the route you take to the summit. The best months to visit are during the summer and autumn months; however, the rainy season in July and August is best avoided. 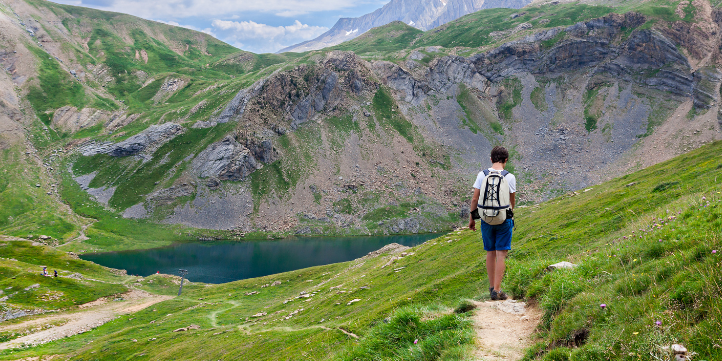 The Deorital Chandrashila Peak Trek is one of India’s most breathtaking treks, not just for its high altitude but also for its stunning views. Located in Uttarakhand, the climb from the Deoriatal lake to the Chandrashila peak will offer views of every significant Himalayan summit in Uttarakhand, making it a beautiful spot for photography. Also, the village of Chopta lies along the route, and there is a pilgrim trail from Chopta to Tungnath temple higher up on the slopes. Getting there involves an eight-to-nine-hour road journey from Rishikesh. The best time of the year to attempt the Deoriatal Chandrashila Peak trek is during the spring months of March and April, as the lovely rhododendron trees are in full bloom. The Deorital Chandrashila Peak trek is considered easy to moderate. It takes three days to complete and is at an elevation of over 10,000 feet, so maintaining a fitness level before attempting it is necessary. 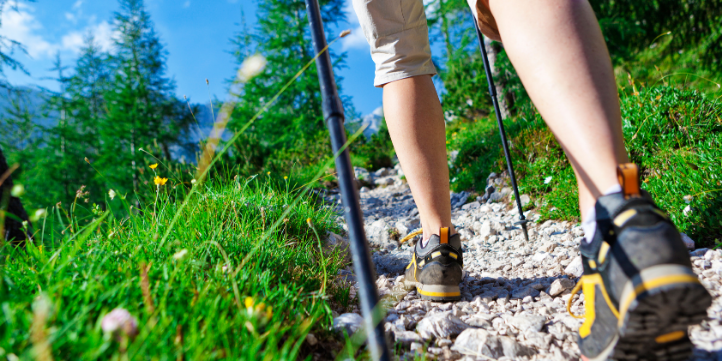 Set among the Mookambika Wildlife Sanctuary  greenery, the Kodachadri Trek is a beautiful two-day trek in Karnataka that moderately experienced trekkers will enjoy. The Kodachadri Trek, which goes through lush forests and passes under some beautiful waterfalls before reaching the mountain’s peak, involves long hours of walking, so those who lead a sedentary lifestyle might find it challenging without any prior training. The Mookambika Temple on the mountain slope is a popular attraction. One of India’s best treks, the Kodachadri trek, should be attempted in the winter months, from October to February. An overnight bus journey from Bangalore brings trekkers to the village of Nittur, which is the starting point for the Kodachadri trek. 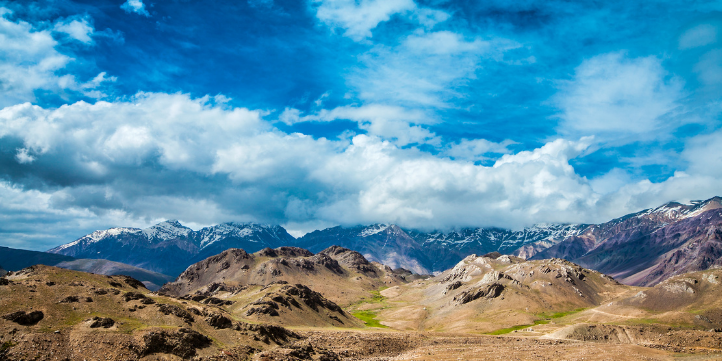 High up on the mountains of Himachal Pradesh, at an average elevation of 10,000 feet, the Spiti Valley trek is India’s best treks for its beautiful monasteries and landscapes. The entire Spiti Valley trek will take you five days, as you cover 55 kilometres by road and by foot. Spiti Valley can be reached via road from Manali and Srinagar, but the Manali route is shorter. Other towns in Himachal like Kullu and Shimla are also connected to Spiti by road. The remoteness of Spiti Valley means there is no railway station there. This is one of India’s best treks for its natural beauty and unique mountainscapes  but can be challenging for inexperienced trekkers. The high altitude and heavy snowfall  during winter mean that the summer months are the most conducive to attempt the Spiti Valley trek. 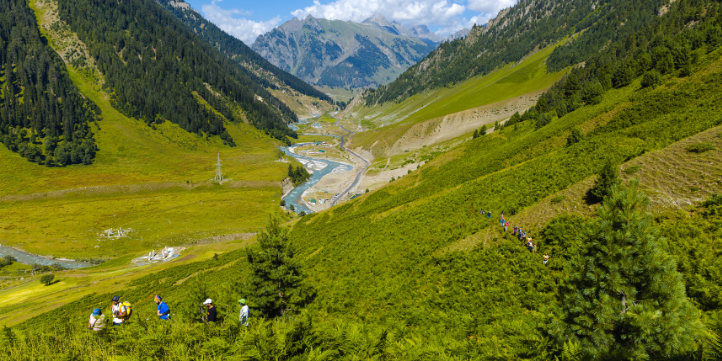 The outstanding natural beauty of Kashmir is best experienced while taking the Kashmir Great Lakes trek. This is a moderate-to-difficult trek, and therefore it is recommended that you accumulate some trekking experience before attempting the Kashmir Great Lakes trek. Once you’re ready, though, this is one of the best hikes in India. You will get a chance to see the gorgeous mountain lakes , alpine meadows, and forest groves of Kashmir up close over the six days of trekking. The only time of the year that the Kashmir Great Lakes trek can be attempted is from early-July to mid-September, as snowfalls ensure the trails are closed for the rest of the months. The trek’s starting point is situated 75 kilometres to the north-east of Srinagar.

If you love mountains, our country is full of beautiful places to explore. Plan your next trekking adventure responsibly by checking out the travel plans on Digibank Travel Now . The best treks in India are waiting for new travellers to discover them; you could be next!