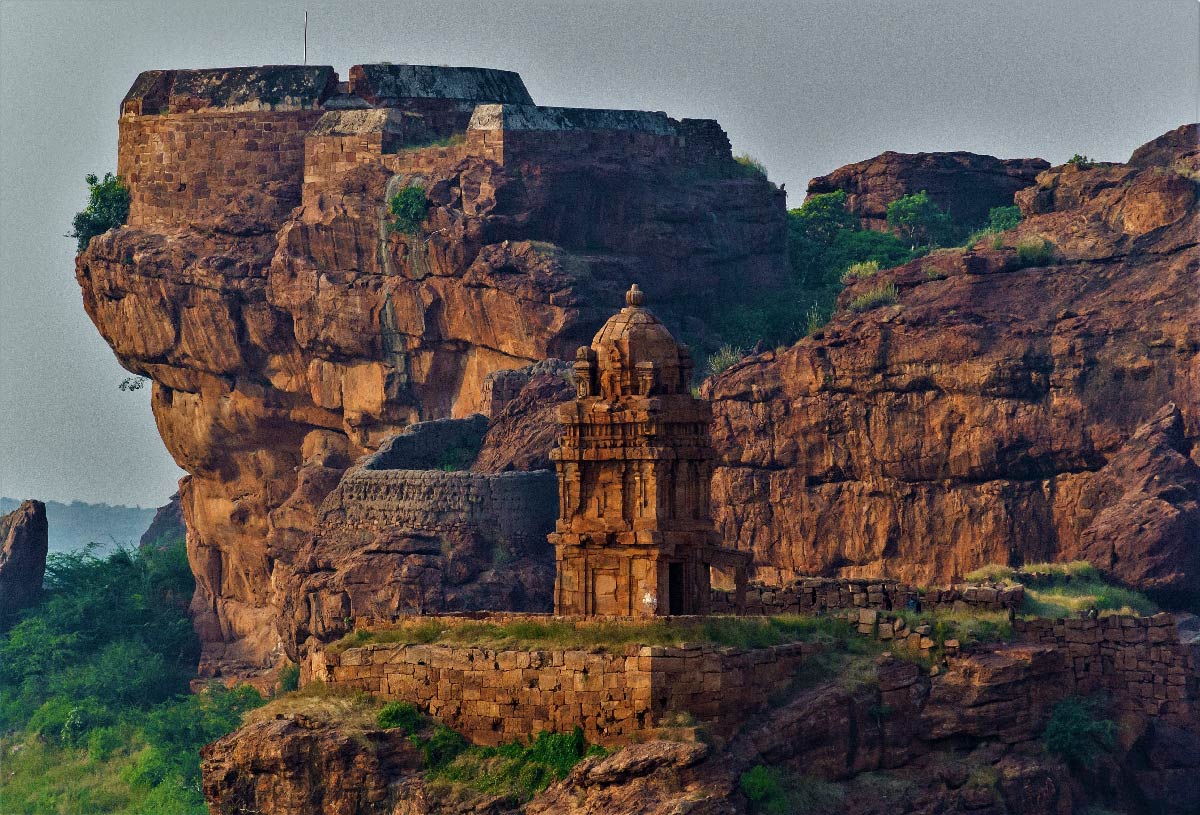 With a history  that goes back millennia, there is no shortage of sites in India where the past speaks to you across the gulf of time. Some of India’s ancient caves are where this feeling is most robust, as these famous caves are renowned for their natural beauty and historical value. If your idea of a holiday includes a blend of adventure  and culture, then the caves of India boast the perfect blend of activities and attractions for you. Here is a list of some of the most popular Indian caves that travellers looking to imbibe some of our country’s hallowed past should make a point to visit. Most of these historical caves are overseen and managed by the Archaeological Society of India and will charge an entry fee and be subject to fixed timings. 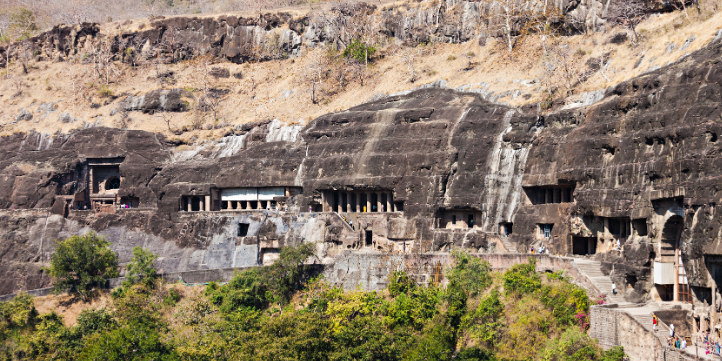 The term rock-cut cave temple is synonymous with the Ajanta-Ellora Caves in Maharashtra. The 29 rock-cut caves at Ajanta and 34 at Ellora are among the most famous caves in India. These caves made it to UNESCO’s list of World Heritage Sites in the 1980s and have been a magnet for tourists since long before.

The earliest caves in this complex were carved out of the rock as far back as the 2nd Century BC! The caves have a collection of Buddhist, Jain, and Hindu sculptures. September to March is considered the best time of year to visit these rock-cut caves. 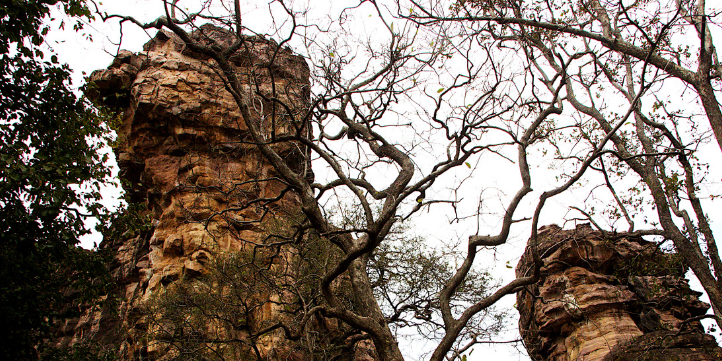 The Bhimbetka Caves, located in the wilderness of the Ratapani Wildlife Sanctuary in Madhya Pradesh, are some of the most beautiful caves in India. The walls of these natural rock shelters are adorned with tribal paintings believed to date back as far as the Paleolithic Era. These artworks have qualified these natural caves in India as a UNESCO World Heritage Site.

These Indian caves are also famous due to their association with the Mahabharata legends, where they were used as a refuge by the Pandavas during their exile. Visiting during the winter months, from October to March, is recommended. 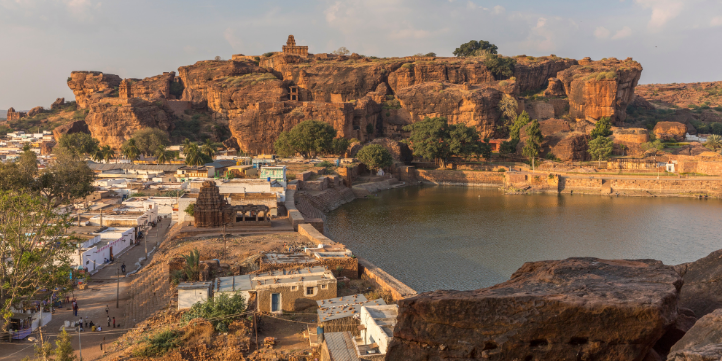 Dating back to the 6th Century AD, the Badami Caves in Karnataka are famous caves in India. These four beautiful rock-cut caves are a reminder of the glory of the fallen Chalukya Kingdom. These ancient caves in India are carved out of sandstone, and two of the caves contain sculptures paying homage to Vishnu, while one has sculptures for Shiva, and the final cave has Jain sculptures.

Visiting the Badami Caves is a popular choice for travellers visiting Hampi, another ancient seat of power of the Vijaynagar Kingdom, as the two sites are in the same region. Like so many popular destinations, the winter months of October to March are the best time to visit. 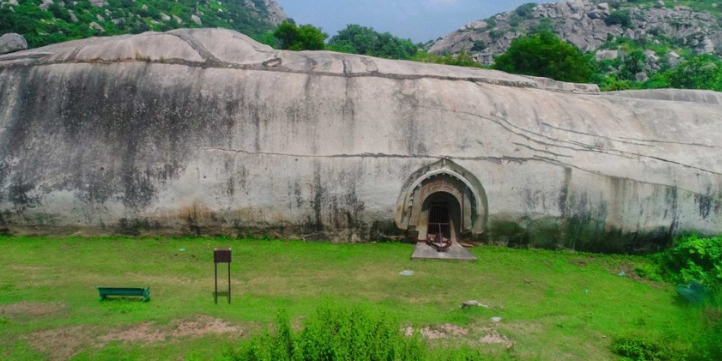 Considered one of the oldest examples of rock-cut caves in the country, the Barabar Caves in Bihar date back to the 3rd Century BC and Emperor Asoka’s reign. These caves of India are located across two hills, Barabar and Nagarjuna, in Bihar’s Gaya district, which is also home to many other sites of great religious significance in Buddhism. The precise artistry displayed in Barabar Caves makes it stand out among Indian caves for its rock-cutting technique. These famous caves in India are also known to create a haunting echo effect, making it a popular tourist attraction. When visiting the Barabar Caves, the months between October and March are the best time. 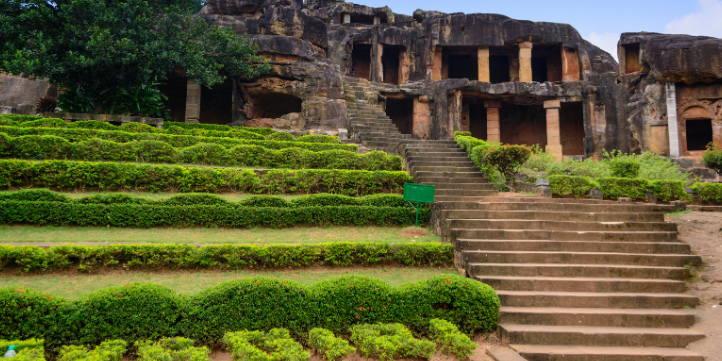 Close to Odisha’s capital city, Bhubaneshwar, lie the famous caves of Udayagiri and Khandagiri. There are 33 rock-cut chambers across the two hills, estimated to have been carved out between 350 to 550 AD. These chambers have carvings and sculptures representative of both the Hindu and Jain faiths.

The proximity of these Indian caves to Bhubaneshwar makes them a popular tourist destination, as visitors flock to these famous caves to see the statues carved during the Gupta Period. The view from these hills also overlooks the city, making it a popular destination for casual hikes sprinkled with a bit of history. The winter months of October to March are a popular time to visit. 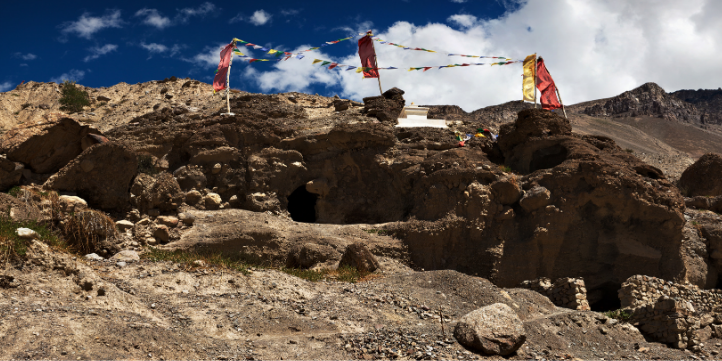 The Himalayas’ remoteness means that some of India’s most secluded natural caves are tucked away on the mountain slopes. The Tabo Caves in Himachal Pradesh’s Spiti Valley are among the most contemplative caves in India. Buddhist monks have used them in the region as places of meditation for many generations.

The Tabo Caves are a collection of hand-carved caves in India that range from large to small. Visiting these famous caves is a must for any adventurous trekkers making their way through Spiti Valley. To avoid the harsh Himalayan winter, the best time to visit is from May to October.

There is no shortage of destinations with famous caves from north to south and east to west that you can choose to visit on your next holiday in India. Should you need assistance in chalking out your travel plan to India’s famous caves, then the offers at digibank Travel Now will be of great help to you. There are so many caves in India, waiting for explorers to marvel at the beauty in their depths. Will you India’s famous caves on your next unforgettable adventure?