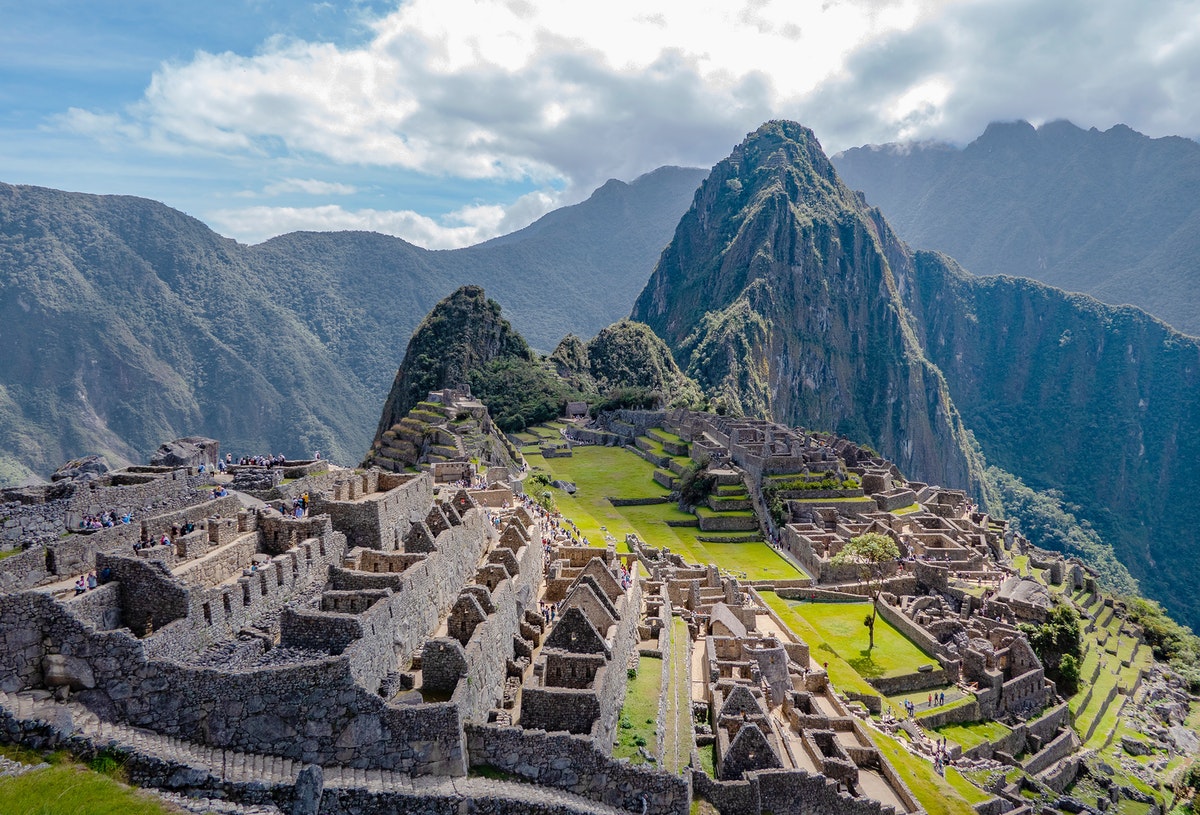 5 Most Famous Places In The World You Must Visit

To travel is to broaden one’s horizons. To travel to some of the most famous places in the world, to gaze at landmarks that have stood the test of time, is just sheer joy. From walking down the Great Wall of China to staring up at the pyramid of Giza, from the Grand Canyon to well-known world heritage sites and beautiful historical monuments, here’s your ultimate travel bucket list.

Tip: If you are looking for a one-stop solution to all your travel woes, check out Travel Now by Digibank.

1. The Great Wall Of China 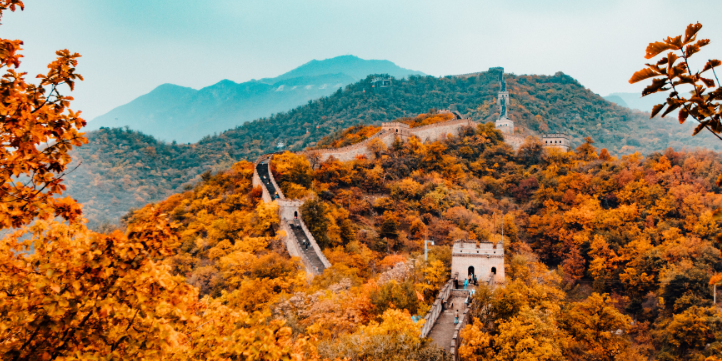 One of the most awe-inspiring sights in the world (which is why it’s on this list!) is, of course, the Great Wall of China. The longest wall in the world winds its way across more than 21,000 kilometres and has a history that goes back over 2,300 years. The wall has different sections open to the public so you can pick and choose where you want to go based on your interest:

Mutianyu: The fully-restored area of the Great Wall of China

Jinshanling: A popular hiking route, where you can see original architecture from when the Great Wall of China was built

Jiankou: A very steep section of the wall that you’ve probably seen in pictures

The best time to visit the Great Wall of China is April – May and or September – November. 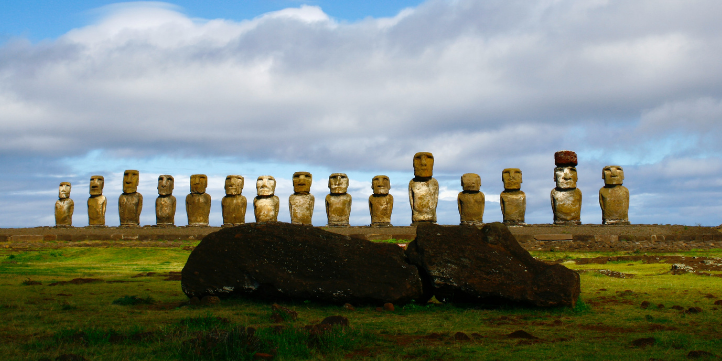 Easter Island, a Chilean territory, is a remote volcanic island in Polynesia, famed for its archaeological sites, including nearly 900 colossal stone figures called ‘moai’ (which means ‘statue’). The island is locally known as Rapa Nui, and in the Rapa Nui language, these statues are called Moai Aringa Ora, which means ‘the living face of our ancestors’.

The most widely-accepted explanation from locals is that these statues were built to preserve the energy of the natives after death but were most likely carved to commemorate essential ancestors between 1000 C.E and until the second half of the seventeenth century. We suggest you get yourself a tour guide to explain further why this is counted among one of the world’s most famous places.

The iconic statues that guard the island’s  coastline are world-famous and now influential UNESCO World Heritage Sites. There’s more to do here than just look up at the famous statues, though: There’s a pretty epic volcanic crater and a beach  nearby.

The best time to visit the Moai on Easter Island is December through February. 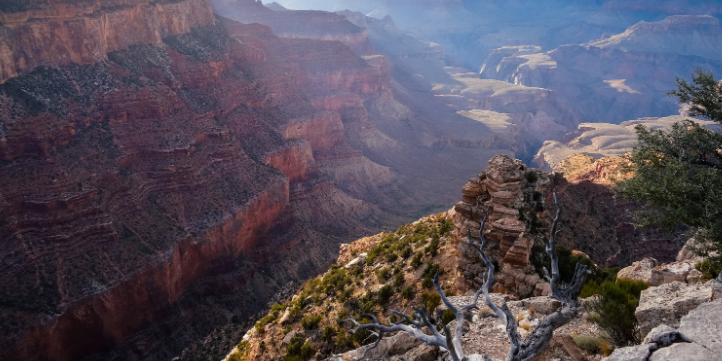 Almost 5.5 million people travel every year just to see the Grand Canyon, which is 1.6 km deep, 446 km long, and up to 29 km wide, consisting essentially of layered rocks and lava flows. And they travel for a reason! The Grand Canyon contains multiple imposing peaks, gorges, and ravines and offers something different for every traveller from visitor centres, donkey rides, train and helicopter rides, and more.

There are several options for pretty cool hikes in the Grand Canyon that offer unique views. For example, you could walk down the Bright Angel trail and experience what the Grand Canyon is like below the rim. We hear that around 40,000 people a year backpack into the canyon overnight stays between one night to several weeks! Are you looking for a little more adventure? Plan a rafting trip down the Colorado River through the canyon.

Fun fact: Stargazing in the Grand Canyon is a real experience. The night skies’ clarity was recognised when the park was officially designated as an International Dark Sky Park. 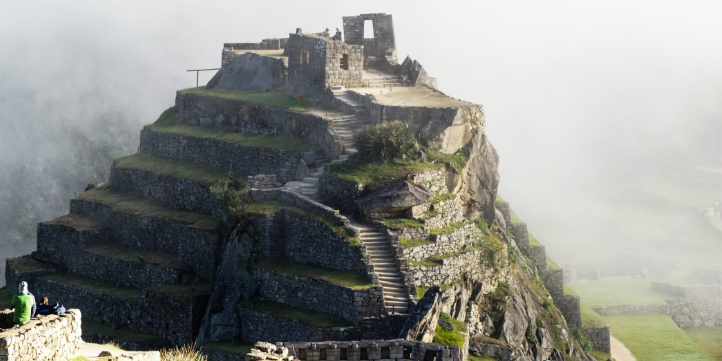 One of the most recognisable images in the world, if not one of the more well-known UNESCO World Heritage Sites, Macchu Picchu is one of the world’s most famous places and an in the close running be the eighth wonder.

This site of the Inca ruins lies atop a 2,430-metre mountain ridge in southern Peru’s Eastern Cordillera. To put it more simply: that’s more than 7,000 feet above sea level in the Andes Mountains!

Most archaeologists believe that Machu Picchu was constructed as an estate for the Inca emperor Pachacuti. Not only is it truly a sight to behold, but the structures at Machu Picchu were also built using a unique technique wherein the stones are cut to fit together without mortar, and not even a single piece of paper can fit in between two stones!

The best time to visit Machu Picchu is during the dry season when it’s sunny, mainly between May and July.

5. The Great Pyramid Of Giza 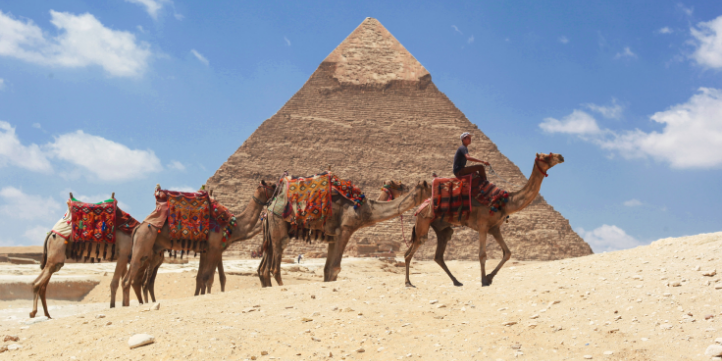 The Great Pyramid of Giza is the oldest and largest of the three pyramids in the Giza pyramid complex bordering present-day Giza in Greater Cairo, Egypt. These magnificent, towering tombs are relics of Egypt’s Old Kingdom era and were constructed about 4,500 years ago.

Fun fact: The Great Pyramid of Giza is the oldest of the Seven Wonders of the Ancient World and is the only one to remain more or less intact.

Historians believe that the pyramid was built as a tomb for the Fourth Dynasty Egyptian pharaoh Khufu over 20 years; the Great Pyramid of Giza was also the tallest human-made structure in the world for more than 3,800 years!

A visit to Egypt is incomplete without a visit to the pyramids. Take a photo with the Sphinx, take a camel ride at sunset, watch the light show, and see the Khufu Ship (an ancient Egyptian ship used to transport the dead to the afterlife; it was once buried near the Great Pyramid of Giza and is now in a museum).

The best time to visit Egypt is October – April. December – January is peak tourist season, so sights like the Pyramids of Giza and the Temples of Luxor and Abu Simbel are very crowded.

From the Colosseum in Rome to the Acropolis in Athens, not to mention our very own Taj Mahal, Petra in Jordan, the Kremlin in Russia, and of course the Eiffel Tower, we could go on and on about the most famous places in the world. If you’re a history buff, we recommend making a list of world heritage sites and historical monuments and just start checking them off one by one. Happy travelling, and don’t forget to budget!