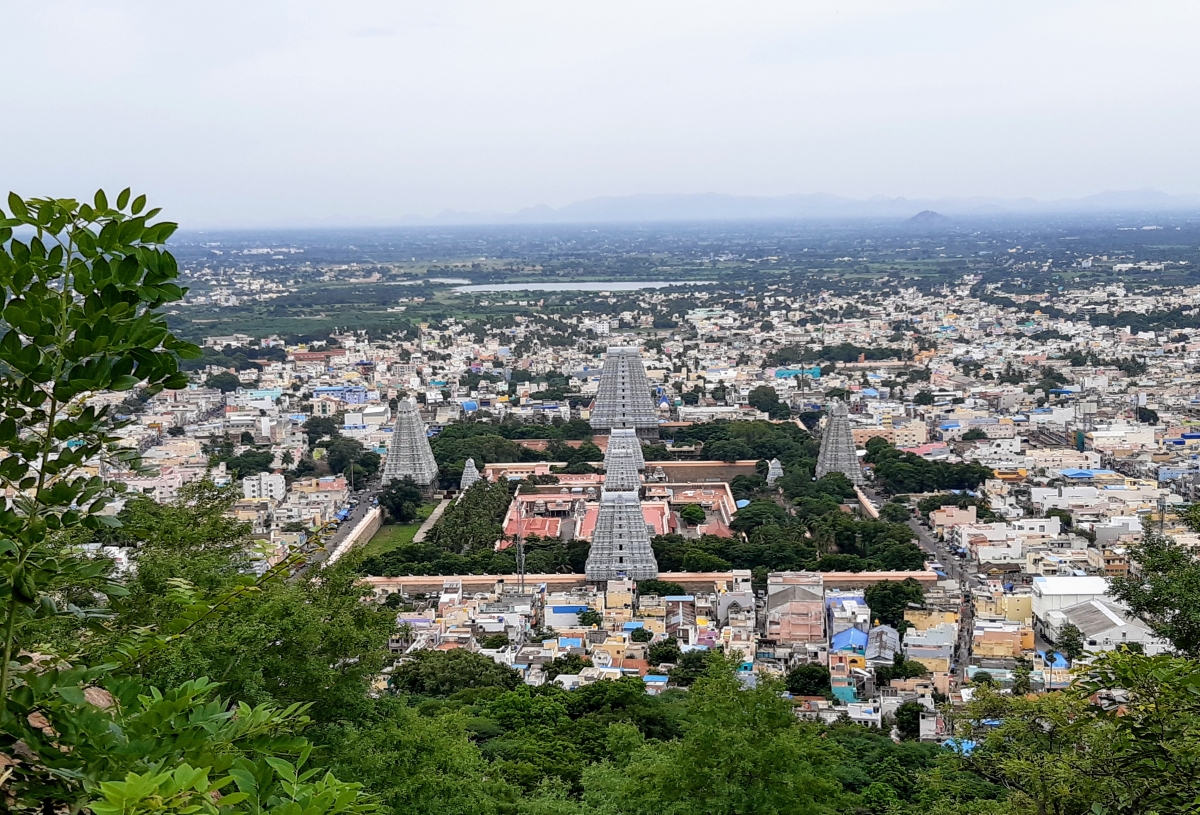 After all the luxury trips and camping  trips, and backpacking trips, sometimes the heart can long for something more profound. When it does, it may just be time to switch up gears and go on a spiritual journey  – both externally and internally. To make your job easier, we’ve curated a list of some of the most powerful religious places in India that will help you explore your inner world to its full glory. Let the journey begin!

PS – Wherever you go, don’t forget to check out digibank Travel  that will help you plan every aspect of your trip in a concise and simple manner. Where are you going next?

Considered to be one of the seven holy pilgrimages cites in India, Kashi (or Varanasi) draws millions of pilgrims from all over the world. This city is known as India’s spiritual capital; the ‘city of light’ is forever radiating with energy.

Of course, there are temples you can visit. One of the main focal points of this city is that here the natural and inevitable cycle of life & death is celebrated and revered instead of being feared. It is even known as the ‘Maha-smashana’ or the ‘Great Cremation Grounds’ – and a trip here is sure to humble you by bringing you face-to-face with the balance of life & death.

Tip: Visit the Kashi Vishwanath temple, which is considered one of the 12 Jyotirlingas of Lord Shiva.

At an imposing height of 21,778 feet, Kailash is not just one of the world’s highest parts but also one of the most significant spiritual places globally, attracting millions of people from around the globe from different religions to its abode. Other religions have their significance attached to this place – In Jainism, Kailash is referred to as Mount Ashtapada – the place where the creator of faith (Rishabhadeva) attained freedom from the cycles of life & death; the Tibetan religion of Bon considers Mount Kailash as their spiritual seat of power; Hindus believe Kailash to be the abode of Lord Shiva.

The Kailash journey is usually said to be life-changing for many – teaching them a sense of self as no other place can. Don’t miss out on the stunning emerald green Mansarover Lake which is known to contain healing properties.

This is the place that houses the tree (called the Bodhi tree) under which Gautama Buddha is said to have attained enlightened (boddhi). Bodh Gaya is the heart & birthplace of Buddhism as we know it. The Mahabodhi Temple, built under King Ashoka’s rule in the 3rd Century, was declared a UNESCO World Heritage Site in 2002.

People of all religions (or those who prescribe to none) are welcome here to steep in this place’s spiritual energy. After sight-seeing, we recommend taking some time to sit and meditate to absorb the place’s essence in silence.

Built in the memory of the famous Sufi saint Gharib Nawaz, Dargah Sharif is also known as the dargah of Khwaja Moinuddin Chishti and is architecturally famous for its gates and works on the principles of renunciation, prayer, and self-discipline. The main gate is the Nizam Gate, built-in 1915 by the last Nizam of Hyderabad, Mir Osman Ali Khan. The second gate was built by Shah Jahan and is known as the Shahjahani Gate. And then there’s the third gate called the Buland Darwaza, which Sultan Mahmood Khilji erected.

The dargah contains the tomb of the Sufi saint, which is placed inside a mausoleum. Apart from tourists, the Kalandars (walking Sufi saints) walk from Delhi to Ajmer during the Urs festival each year, commemorating Moinuddin Chishti’s death anniversary.

Located at an altitude of 4,330 meters (approximately 15,000 feet) at Uttarakhand’s Chamoli district, Gurudwara Shree Hemkund Sahib is one of the many Sikh pilgrimage places in India, and it is dedicated to the tenth Guru of the Sikhs – Shri Guru Gobind Singh. This holy shrine derived its name from the glacial lake Hemkund. It is located immediately adjacent to the Gurudwara and is surrounded by seven snow-covered mountain peaks, giving it a picturesque setting!

Another unique thing about this place is that unlike other Sikh pilgrimage places in India, Hemkund Sahib has a pentagonal structure. Plan your next pilgrimage here to get in touch with your spirituality and get a taste of tranquillity.

There are many, many places of worship and religious significance in India’s Southern art, and a significant part of that is in the town of Tiruvannamalai in Tamil Nadu. Make your way to Arunachaleshwarar temple; this temple has been home to many sages & saints for thousands of years and where Shri Ramana Maharishi spent many years in samadhi. The temple is built for the element of fire and is one of the five Pancha Bhuta temples (temples dedicated to the five elements – earth, water, air, fire, space) and famous for its 1000-pillar mandapam.

After you visit the temple, you can trek a short way up the Arunachala hill to the Ramanashram and Virupakshi Malai Caves – which is where Ramana Maharishi is said to have spent over a decade in meditation!