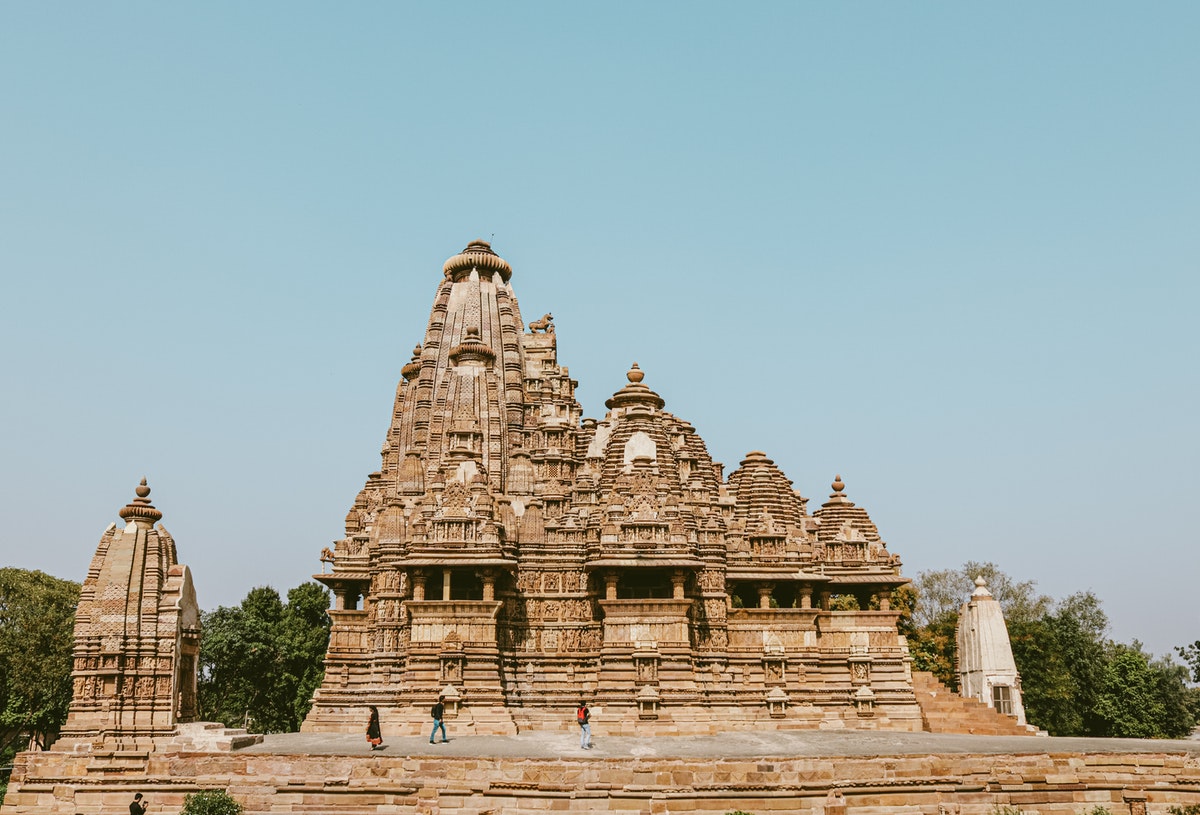 We’ve been lazing away for the better part of the last year, and now we’re itching to get back into ‘explorer’ mode. What better way to get back in the funk than by visiting the old monuments of India? Pack your bags, prep your cameras, for we’ve rounded up the top historical  sites in India. Let the culture soak begin!

In case you haven’t already visited the obvious ones, start with: The Taj Mahal (Agra), Qutub Minar (Delhi), India Gate (Delhi), Victoria Memorial (Kolkata). And then move on to: 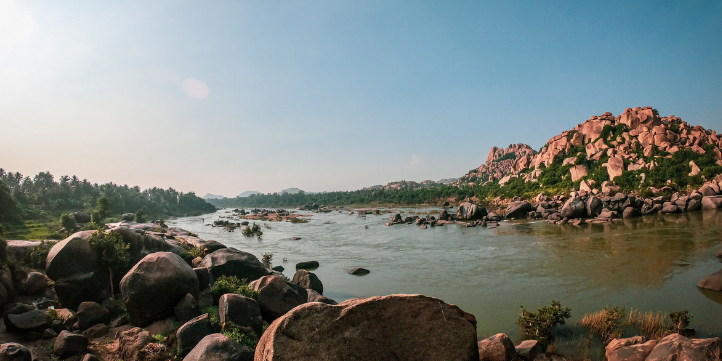 Hampi is every history enthusiast’s haven. Having been declared a UNESCO World Heritage site, it is one of India’s best historical places. There is something to be explored in every corner of Hampi as it is home to over 500 monuments, including temples and buildings, which date back to 1500 AD when Hampi was the world’s second-largest city. There also several street markets to explore.

Do not miss out on the local food. You can hop in for a local meal at Mango Tree Restaurant, Gopi Guest House or Laughing Buddha. 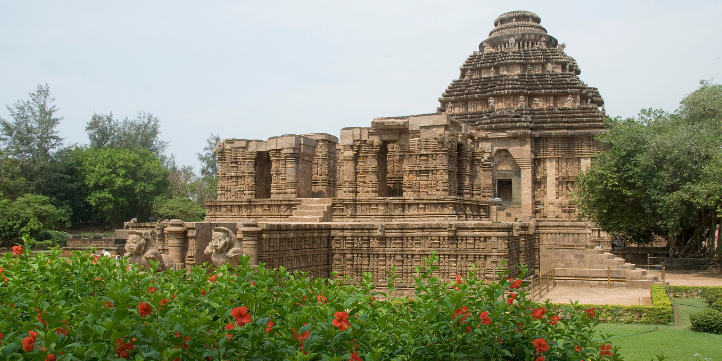 The Konark Surya Temple is mostly in ruins today, but it’s still a sight to behold! The stone temple built in the 13th century comprises geometric patterns and carved wheels that serve as sundials.

It is one of the most popular Brahmin sanctuaries and has also been declared a UNESCO World Heritage site. Worship is not performed at the sun temple as of now, but given how massive it is and the craftsmanship gone in the carving, it makes it to our list of historical monuments in India.

You can grab a bite to eat at the Tourist Market nearby.

How to reach: Fly to Bhubhaneshwar Aiport and hire a cab (65 km ride) 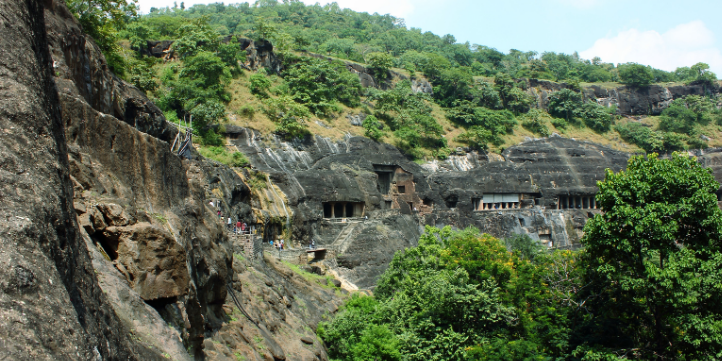 Ajanta and Ellora caves are situated at a distance of 100 km from each other, but it is possible to visit them both in a single day. Ellora displays more diversity and is one of the biggest monastery-temple cave complexes in the world. Here, you’ll find Hindu, Buddhist and Jain monuments. The Ajanta Caves, in contrast, comprise only Buddhist monuments. You’ll also find artworks at both these spots.

If you reside in Mumbai  or are planning to explore Maharashtra’s state further, it might make sense to add Elephanta Caves to your itinerary as well.

How to reach: Fly to Aurangabad Airport then hire a cab (will take about 7-8 hours) 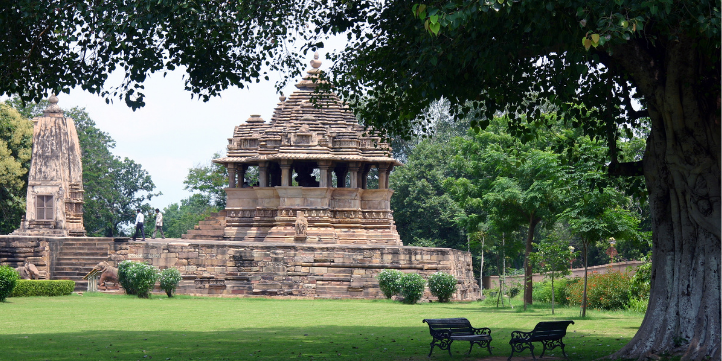 There’s plenty of hotels to stay at in Khajuraho, and they all serve some great food. However, if you want to step out, check out Le Rose Café and Raja’s Café.

How to reach: Fly to Khajuraho Airport or take a train to Mahoba railway station 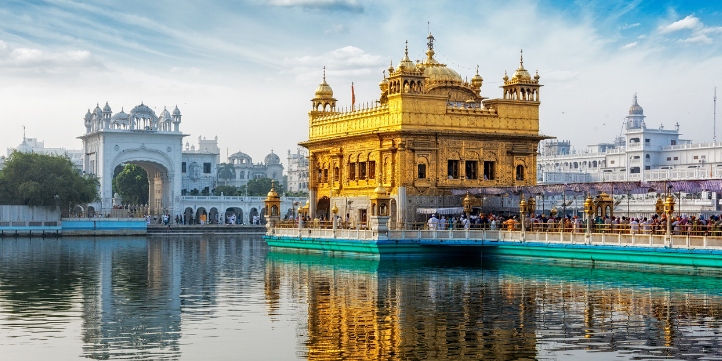 The Golden Temple or Sri Harmandir Sahib is known for its golden dome, made from 24-karat gold. Not only is it considered one of the holiest spots in the world among Sikhs, but it is also an architectural marvel in itself. You’re bound to feel the peace and serenity as you enter the premises.

While you’re in Amritsar, make sure you also make it to the Jallianwalah Bagh and Wagah Border. And, of course, indulge in some Amritsari fish and sarson da saag at one of the umpteen dhabas across the city.

How to reach: Fly to Sri Guru Ram Das Jee airport and take a cab 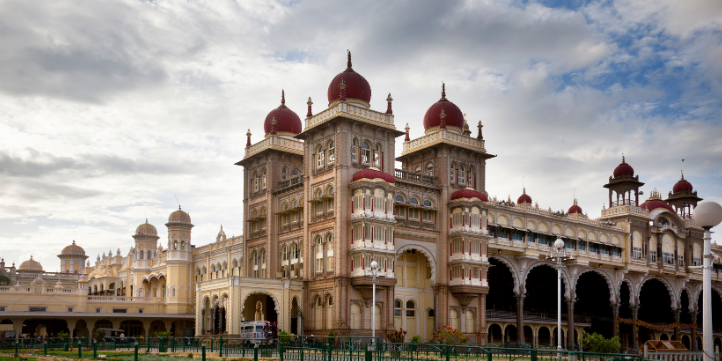 The Mysore Palace in Karnataka  is the official royal residence of the Wadiyar dynasty. It is often compared to Buckingham Palace due to its luxury. You’ll come across many architectural marvels at this old monument of India. It was established in 1912 and is built in the Indo-Saracenic style. One of the most popular attractions within the palace is the Golden Howdah – the Maharaja’s seat, made with 86 kgs of gold!

On your way out, don’t forget to sample some delicious local food. You can head to La Uppu or Hotel Mylari.

How to reach: Fly to Bangalore International Airport and rent a cab (it’ll take about three hours to reach) 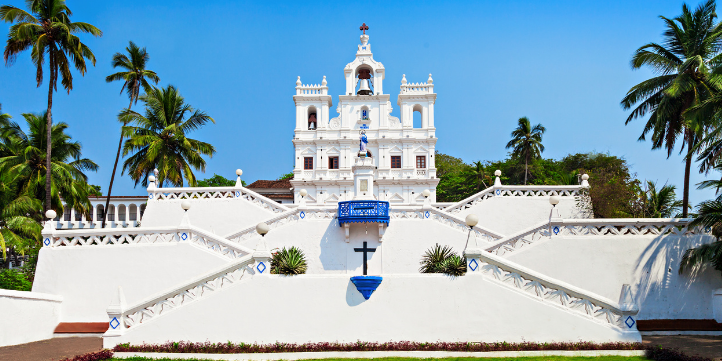 Goa is primarily seen as a party destination but explores further, and you’ll find that it’s also home to some of the best historical sites in India. The churches of Goa are unparalleled. Some churches which should be on your list are Basilica of Bom Jesus, Se Cathedral, Church of our Lady of the Mount, Church of St Cajetan.

How to reach: Fly to Dabolim International Airport

Tip: Don’t forget to check out Travel Now , your one-stop solution to all things travel-related by DBS.