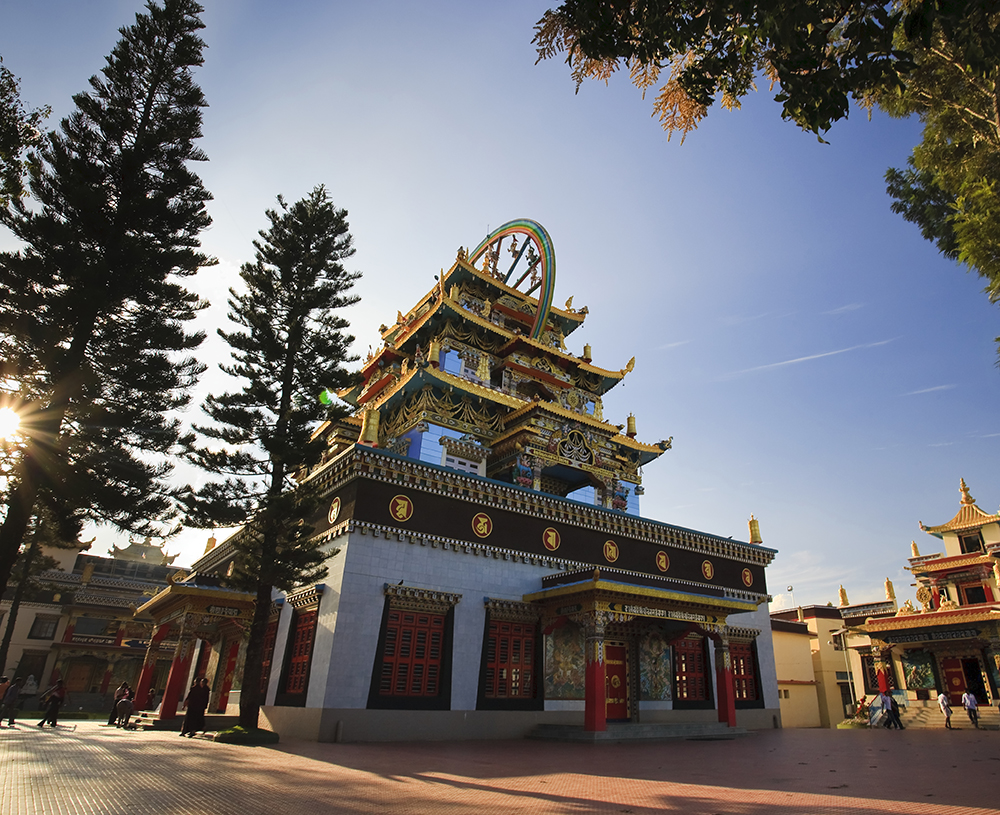 Head To Bylakuppe And Explore Tibetan Culture In Bylakuppe

The Sera Jey Monastic University closely resembles the monastery built in Lhasa {the capital of Tibet} in the 15th century. Sera Jey’s prayer flays are not fluttering over the mountainous terrain of Tibet but are spread across the fields of Bylakuppe, a cluster of villages in Mysore district, which is today a part of Karnataka.

Bylakuppe monastery, built-in 1970, is located close to the border of Coorg and was constructed on land granted by the Maharaja of Mysore. In 1959, tens of thousands of Tibetans came to India seeking refuge from Chinese occupation in their homeland. Although they initially found themselves in North Bengal, they soon began to spread to other settlements. The town of Bylakuppe was carved here by the pioneering monks in the late 1960s and is today the largest Tibetan settlement in India, followed by Dharamshala.

Bylakuppe is divided into the Old Camp area of Lugsum Samdupling and the New Camp of Dickyi Larsoe. Various monasteries are spread across these settlements, and they encompass the four traditions of Buddhism, namely Kagyudpa, Gelukpa, Nyingma, and Sakya. 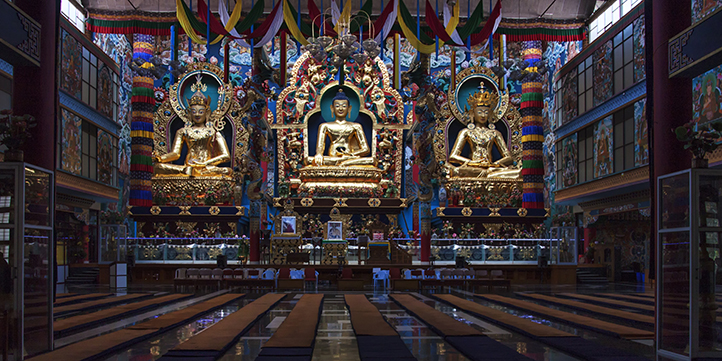 One of the town’s commercial areas, Camp Road, is always bustling with activity. Although there is not a single yak or shepherd in sight, it looks distinctly Tibetan. Monks in small cafes drink tea, eat momos, and dig into delicious bowls of thupkas while Buddhist chants and Tibetan pop music float in the air. Small shops sell little knick-knacks and provisions like singing bowls, handicrafts, aluminium tea kettles, and woollens. The only sign that gives away the fact that you are in South India is the Kanada speaking auto drivers, the flat fields in-between misty hills, and trilingual banners {namely English, Kannada, Tibetan} honouring the Dalai Lama. What more is that you will be surprised to hear Tibetan women talking in chaste Kannada or the Kodava language as they go about doing their business in the local markets.

However, local transport in the town is restricted only to autos, although that provides you with ample opportunities for quiet walks around the village pathways and fields. One of these routes leads to the famous Bylakuppe Golden Temple located in Camp 4 and is a part of the Namdroling Monastery. Built as a small bamboo structure by the Holiness Penor Rinpoche in 196, the Namdroling Monastery only had ten monks in the beginning. Today it is home to over 8,000 monks, and a gigantic, gilded Buddha consecrated in 1999 by Dalai Lama and serves the entire community’s spiritual needs. During the month of Losar {or Tibetan New Year}, the monastery comes alive with various performances and ceremonies, including masked dances.

Inside the monastery, there are three enormous gold-plated statues of Buddha Shakyamuni {60 feet}, Guru Padmasambhava {58 feet}, and Buddha Amitayus {58 feet} that are set against a backdrop of intricate murals. The sculptures also contain small statues, scriptures, relics of the masters, and clay stupas. It’s the perfect setting for some quiet introspection and solitude.

Bylakuppe is another world, and if you let it, its serenity will quietly slip into your heart and mind. It is highly recommended, especially if you are planning to travel to Coorg or look for an offbeat getaway in South India. 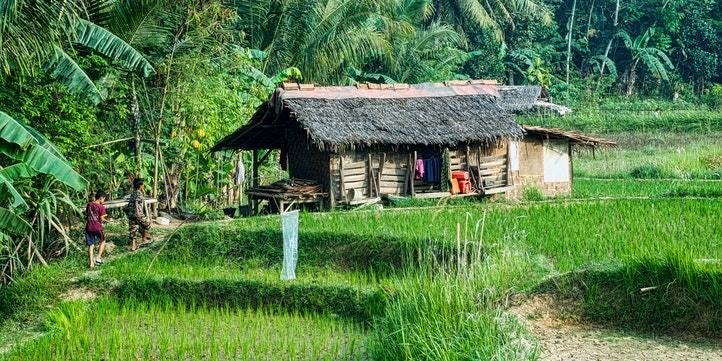 Where is Bylakuppe located?

Located in Mysore district in south Karnataka, Bylakuppe is 230 km southwest of Bengaluru. The closest town is Kushalnagar.

The time between June and March is best as temperatures are between 20-22 degrees Celsius. Summers {April to May}, along with festive time like Losar, Buddha Jayanti, and Dalai Lama’s birthday {6 July} tend to be crowded, although they offer a unique experience.

The nearest railway station is Mysore, which is 85 km {1.5 hours} away. Although Mysuru does have an airport, the easiest way to get here is by flying to Bengaluru and then taking a cab/bus to Mysore. Flight tickets between Mumbai and Bengaluru start at INR 2,000, while from Delhi starts at INR 3,500.

Also, KSRTC and other travel companies run buses from Bengaluru to Kushalnagar. From Kushalnagar, one can take an auto to Bylakuppe, which is around 8 km {or approx 15 minutes} away.

To stay overnight in the Tibetan camps, foreigners require a PAP {Protected Area Permit}, which is generally valid for 12 months. Make sure you apply 3-6 months before. Indians don’t need permits.

Tips while travelling to Bylakuppe: